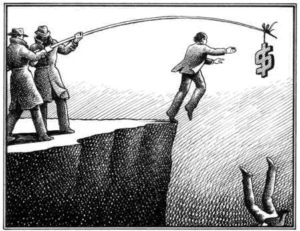 lly increase its volume of sales. This draws the attention of investors who use sales volume to detect opportunities. Those investors buy the stock, increasing the price, at which point the manipulators sell and leave everyone else holding inflated stock.
Returning to institutional investors, it seems pretty unlikely that they would generally be caught for orchestrating a squeeze. In our example above we imagined that the institution publicly stated an intention to manipulate the market; in reality this wouldn’t happen. Investors don’t have to declare their real intentions and they could hide behind the lie that the investment was based on a judgment that there was real value in the company.
In the GameStop case, the retail investors weren’t spreading deceptive information about the company value. If this is an example of market manipulation it is manipulation through transaction – deliberately pushing up the price of a stock well beyond its true value.  A short squeeze doesn’t necessarily involve manipulation – it can also happen when the prospects of a company with heavily shorted stock unexpectedly improve. In that case investors motivated by what they believe to be genuine value buy the stock. Initially the increasing stock price might track a realistic assessment of the company’s new value bu 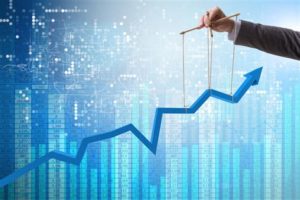 t if short sellers buy back to cut their losses the stock could then be pushed much higher. This volatility comes as part of allowing short selling. To complicate matters, speculators might take advantage of a ‘naturally’ occurring short squeeze without being guilty of market manipulation.
But did any of those with the intention to manipulate the price also have enough money to significantly increase the price? If so, those individuals may well be in trouble, however, very few, if any, would have had enough money to change the price much.
Finally, is there some sense in which justice was served by those who orchestrated the GME short squeeze? Well, perhaps in a highly imperfect sense. If one believes that the world’s wealth should be distributed more equally, the GME short squeeze made a very small improvement by transferring wealth from the (mainly) very wealthy to the (mainly) slightly less wealthy. But overall it didn’t get much wealth to the many people who need it the most. One also has to be prepared to overlook the fact that the redistribution depended, in part, on wrongful market manipulation.
Was this an illegal or unethical market manipulation which wronged the short selling hedge funds? Or is it just a case of caveat emptor; the hedge funds got beaten at their own game?
Short selling a stock is where you temporarily borrow a company’s stock and immediately sell it (say for £1). The short seller then waits for the price of the stock to go down. When they think it has gone about as low as its going to go, they buy it back. At the end of the agreed borrowing time the short seller is obliged to return the stock it borrowed. If the stock went down in price (say to 70p), they make the difference (30p) but, if the stock goes up over that time, they lose the difference. The maximum one could make is if the stock becomes virtually w 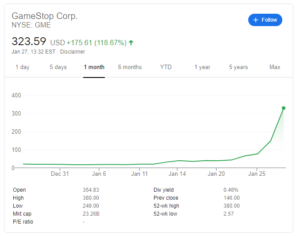 orthless (£1 in our example) but the losses are potentially unlimited because there is no upper limit on the stock value. If a £1 share goes up to £100, for example, the short seller loses £99. GME was shorted at ~ and, at time of writing, is currently valued at over 0. How did this happen?