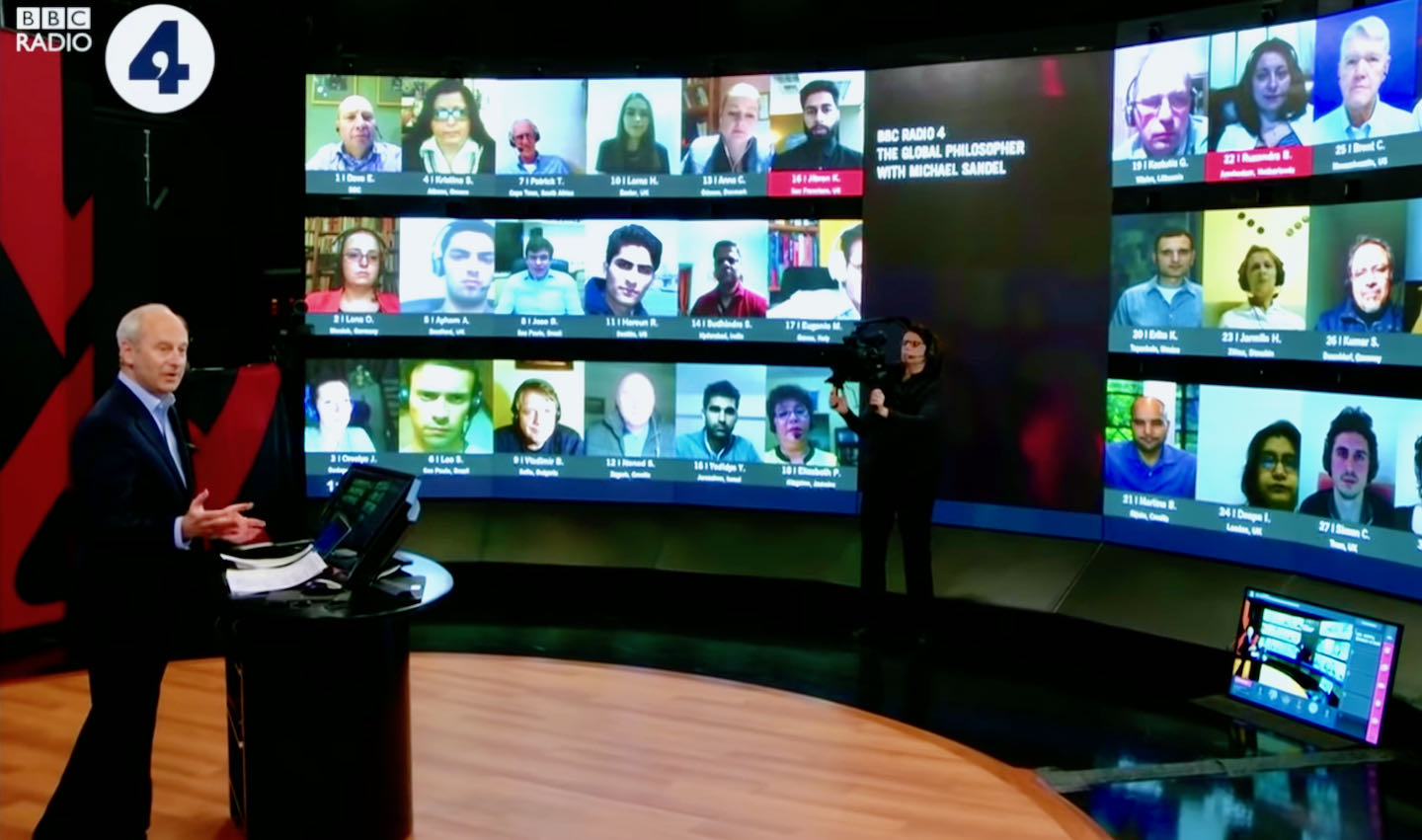 The Advantages Of Online Events (Are Well-Known)

If you are not sure where to stream and/or record your academic events, we at Brains may be able to help.
Byrd, N. (2020). Online Conferences: Some History, Methods, and Benefits. In Right Research: Modelling Sustainable Research Practices in the Anthropocene. Open Book Publishers. DOI: 10.7939/r3-q6mq-0004

Of course, scholars in various fields have been publishing on the methods and benefits of online conferencing for years.
The literature on online and other sustainable academic practices is growing. In “Online Conferences: Some History, Methods, and Benefits” (2020), I review examples of philosophers’ online scholarship from the 1970s until 2020 and compare them to their traditional in-person counterparts. After reviewing the history, quantitative, and qualitative data, I conclude that “the online conference model can help scholars better understand their profession, share the workload of conference organizing, increase representation for underrepresented groups, increase accessibility to attendees, […], sustain conference activity during states of emergency, and reduce their carbon footprint”—and for less time and money than traditional conferences. For example, the Minds Online conferences of 2015, 2016, and 2017 occurred when its organizers were evacuating from the path of hurricanes. Nonetheless, the open access event attracted over 10,000 visitors annually, with at least as much attention on presentations by women as men—which may be abnormal for philosophy (Kings, 2019).
Brown, R. (2009). The First Online Consciousness Conference. Consciousness Online. consciousnessonline.wordpress.com/program/
Kings, A. E. (2019). Philosophy’s Diversity Problem. Metaphilosophy, 50(3), 212–230. DOI: 10.1111/meta.12358
The Brains blog started in 2005. By 2006, Thomas Nadelhoffer had organized the first Online Philosophy Conference, featuring papers and commentaries from well-known figures in the field. By 2009, Richard Brown was organizing Consciousness Online, complete with video presentations and commentaries. It took over a decade and a pandemic to bring most other academic conferences into the 21st century. In this post, I will build on yesterday’s—which argued that conferences should be online by default, requiring justification for in-person alternatives—by arguing that we should bring additional academic events into the 21st century: not just conferences, but workshops, seminars, department talks, etc. Before we get to the methods, examples, and rationale, some context is in order.
Buckner, C., Byrd, N., Rushing, B., & Schwenkler, J. (2015). About Minds Online. Minds Online. mindsonline.philosophyofbrains.com/
In 2016, I marveled at the technological achievement of BBC’s The Global Philosopher, featuring Michael Sandel (Harvard) and dozens of live-streamed discussants from around the world—see the featured image above. In 2020, many academics learned that they can achieve similar results with the average laptop, smartphone, tablet, or some combination thereof (Achakulvisut et al., 2021; Proctor, 2020)—albeit without BBC’s production quality. Moreover, many universities have spent loads of money installing enterprise web-conferencing equipment in classrooms and hiring support staff to help the uninitiated learn how to use it. So when universities and academics put in the work for their academic events, they have precious few reasons not to increase the return on these investments by providing remote access and/or recordings online.
Anderson, L., & Anderson, T. (2009). Online professional development conferences: An effective, economical and eco-friendly option. Canadian Journal of Learning and Technology. DOI: 10.21432/T29015
Yesterday, Rose Trappes and T.J. Perkins summarized the confirmatory findings of “The Online Alternative: Sustainability, Justice, And Conferencing In Philosophy” (2020): participants from multiple online conferences reported “mainly positive experiences” despite “some of the much-desired social environment for networking”. In fact, almost half of participants considered the online conference acceptable, even when a crisis is not occurring.
Conferences are just one kind of event that academics spend time organizing and preparing. There are also workshops, seminars, colloquia, brown bags, lab meetings, etc. Like conferences, the effort that we put into these additional events could yield far more benefits if the events were remotely accessible (e.g., live-streamed) and/or recorded for asynchronous viewing. For example, think about how departments could advertise their scholarly community to potential faculty, graduate students, administrators, and funding agencies by putting their seminars, colloquia, and other more-or-less public events online. Some examples:
Consider some of the potential returns on such online academic events.
Dolšak, N., & Prakash, A. (2018, March 31). The Climate Change Hypocrisy Of Jet-Setting Academics | HuffPost. HuffPost. huffpost.com/entry/opinion-dolsak-prakash-carbon-tax_n_5abe746ae4b055e50acd5c80