“Frankly, we don’t know exactly what you’ll find,” the symposium’s website admitted, “but we know it will leave you thinking, ‘Yep, that was definitely a symposium dedicated to the 2017 film titled The Boss Baby.’”
In the movie, the suit-and-tie-wearing, briefcase-bearing Boss Baby is sent on a secret mission by Baby Corp, where all babies come from. He’s charged with protecting the world’s love of babies, now under threat due to increasing love for puppies instead. So he sets out to stop the CEO of Puppy Co from releasing the “Forever Puppy”, a new version of puppy that remains a puppy for life, which would destroy babydom as we know it and for some reason is going to be launched into the world via a rocket filled to bursting with puppies. I realised that the symposium itself embodied what it means to truly be both boss and baby. The presentations were both tongue-in-cheek larks for a laugh and sincere explorations of the speakers’ areas of expertise. There was genuine affection for the film, as well as a willingness to make fun of it. It was serious (boss), but it was also silly (baby). 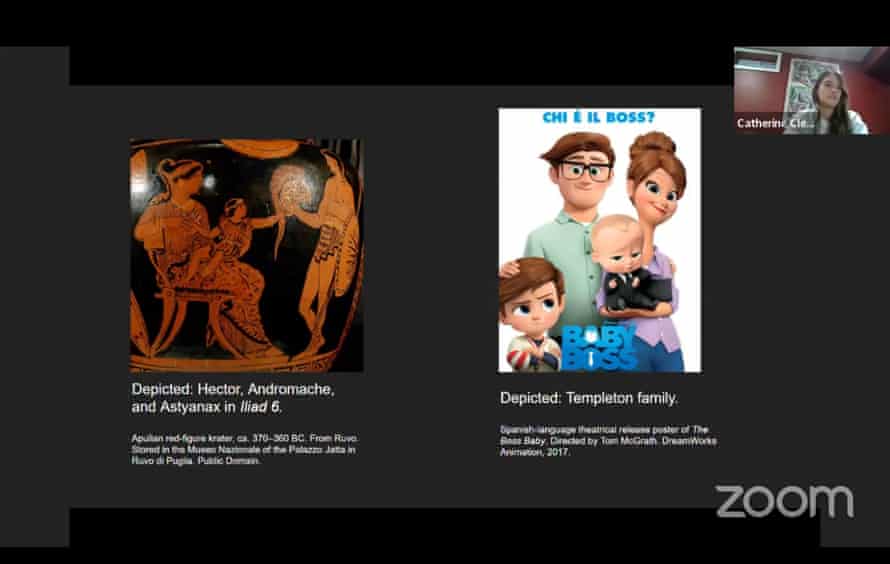 There was polite applause.
In the middle of a question and answer session at an academic symposium, an audience member wearing a Boss Baby shirt showed off the Boss Baby lunchbox he takes to work every day.