“Hegel first lectured on aesthetics in Heidelberg. By the time he was lecturing in Berlin, he had reworked his ideas significantly,” said Illies. “This is the first time any transcript of these original lectures from Heidelberg has been found.”
It may be too early to say whether any completely new and unknown ideas from Hegel are hidden within the papers, but the research project expects that understanding of the philosopher, as well as that of his students, will be deepened. 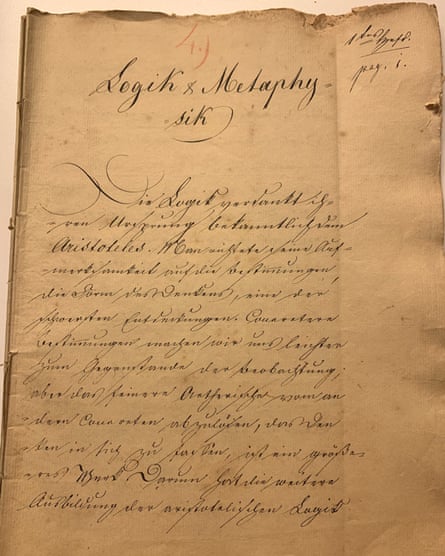 Vieweg’s find is probably the single largest of its kind ever made. It was unearthed after a reader of his recent biography on Hegel pointed him to the archive of Friedrich Windischmann. Windischmann was a professor of Catholic theology in Munich whose father, Karl Joseph Hieronymous Windischmann, was a philosopher and friend of Hegel. A letter between Hegel and Karl Windischmann shows that Carové gave the set of manuscripts to the latter as a gift.
A biographer researching the German philosopher Hegel has uncovered a massive treasure trove of previously undocumented lectures that could change perceptions regarding one of the leading figures of modern western philosophy.
It has also emerged that the topic of freedom – the theme for which Hegel is perhaps best known – is also touched upon in the transcript.