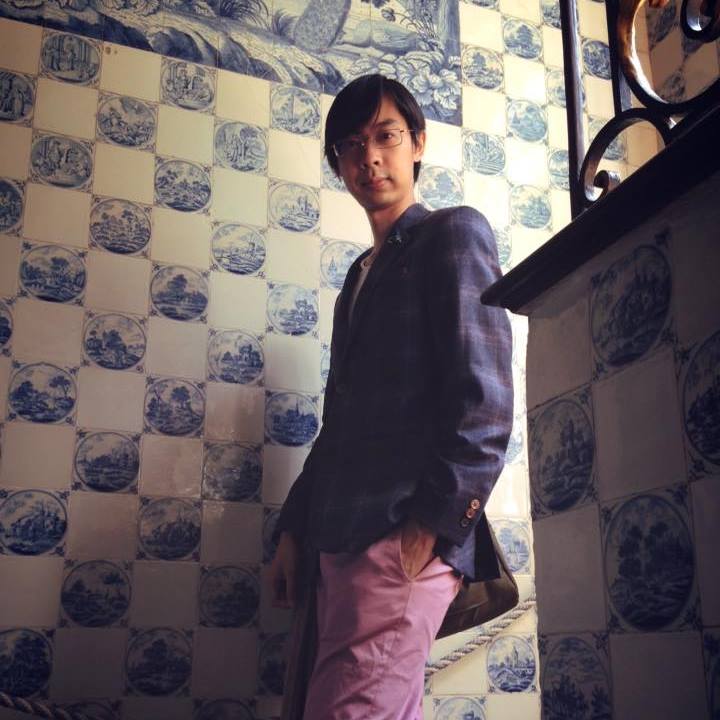 To back up this general claim, Smithies argues for phenomenal mentalism, which he formulates as follows:
References
Necessarily, which propositions you have epistemic justification to believe at any given time is determined solely by your phenomenally individuated mental states at that time. (p. 25)
Dretske, F. (1997). What good is consciousness? Canadian Journal of Philosophy, 27(1), 1-15.
Accessibilism combines with mentalism to give us “phenomenal accessibilism”. Moreover accessibilism constitutes the “argument from above” for mentalism: “If phenomenal mentalism explains accessibilism, and accessibilism is motivated on independent grounds, then phenomenal mentalism is supported by inference to the best explanation” (p. 219).
Three Hidden Aspects of Smithies’ ERC
Tony Cheng (NCCU)

Although Smithies has covered a huge territory in this project, I will still highlight three hidden aspects of it, and these should provide directions for future research. The first is a metaphysical aspect: Smithies makes explicit that he wishes to bypass major metaphysical controversies, such as whether conceivability entails possibility (p. 8-p. 11). However, at times he gets himself into thorny metaphysical thickets, and it seems unclear whether he can avoid them. For example, in formulating the Epistemic Grounding Thesis, he invokes a certain notion of grounding without explaining (p. 36) which notion of grounding is in play here. Any relevant notion of grounding should be stronger than standard notions of supervenience, but in arguing for this thesis, Smithies argues for supervenience primarily: for example in 3.4 he argues that the justifying role of perceptual experience supervenes on its phenomenal character alone. Thus, it does not seem feasible to avoid heavy-duty metaphysics in this project.

In this sixth post, Tony Cheng discusses three aspects of Declan’s book, metaphysical, empirical and transcendental. Here is the link to the recorded discussion, in which Declan responds to Tony’s comments.

Huemer, M. (2001). Skepticism and the veil of perception. Lanham, MD: Rowman and littlefield.

Welcome to the Brains Blog’s Book Symposium series on Declan Smithies’ The Epistemic Role of Consciousness. In this series, seven critics discuss the book with the author. The critics are Kengo Miyazono, Lu Teng, Takuya Niikawa & Yasushi Ogusa, Brie Gertler, Thomas Raleigh, and Tony Cheng. From April 26 to May 1, we post each critic’s commentary and the recorded discussion one by one on the blog.
Smithies’ new monograph is difficult to summarise, given the richness of its contribution to epistemology and philosophy of mind. The most salient idea is that phenomenal consciousness in humans is not only not an epiphenomenon, i.e. it has causal powers and functions, as Dretske (1997) and others have argued; what is more, phenomenal consciousness has a unique function in us. To put it bluntly, it makes justification and knowledge possible, and its role cannot be replaced by any other things: phenomenal consciousness plays a unique role.
Also for accessibilism:
Finally, there is a transcendental aspect in this area too. In the chapter on perception, Smithies writes that “My main goal in this chapter is to examine what perception must be like in order to play this justifying role” (p. 74, emphasis added). In general, transcendental arguments begin with something relatively uncontroversial, e.g., humans have the capacity for epistemic justification. Then they argue that something more controversial is a transcendental/make-possible condition for that uncontroversial phenomenon to hold. For example, John McDowell (1996) has it that perception must have conceptual contents through and through in order to play the relevant justifying role. In parallel, Smithies argues that perception must have a certain kind of presentational force in order to play the justifying role. This hidden transcendental aspect of Smithies’ project helps us see more clearly what it is all about. In some other chapters, such as the ones on cognition and introspection, Smithies deploys similar strategies to achieve his goals.
Necessarily, if it is evidently probable that p to degree n, then it is evidently certain that it is evidently probable that p to degree n. (p. 219)
Williamson, T. (2000). Knowledge and its limits. Oxford: Oxford University Press.
McDowell, J. (1996). Mind and world. Cambridge, MA. Harvard University Press.
This brief comment cannot do justice to this rich and substantive book. In addition to themes mentioned above, it also covers discussions on Moore’s paradox, epistemic akrasia, higher-order evidence, luminosity (versus Williamson, 2000), seemings (versus Huemer, 2001), and many interesting topics along the way. Whether or not we are persuaded by its main thesis, we will make a worthwhile intellectual journey if we work through Smithies’ book.
Smithies argues also for a simple theory of introspection, “which says that some mental states provide introspective justification that puts you in a position to know with certainty that you’re in those mental states” (p. 30), according to one formulation. He also argues for a version of representationalism, a prominent view in philosophy of mind and perception that has been argued by many others as well: “Necessarily, every phenomenal property is identical with some representational property” (p. 37). These are the four most important theses in the book; although Smithies argued for many other sub-theses, and sometimes it can be hard to keep track of what is at stake, still Smithies has done an excellent job in signposting and summarising what has been argued and what will be argued. Readers should be able to follow the flow of the book if they follow those hints carefully.
In the era of specialisation or even hyper-specialisation, it is common for epistemology and philosophy of mind to neglect each other. Famous exceptions include Fred Dretske, Alvin Goldman, and John McDowell; more recently there have been Susanna Siegel, Nico Silins, and Susanna Schellenberg—and now Declan Smithies.
Next, there is an empirical aspect that should be emphasised. For Smithies, consciousness has a unique role for justification. This seems to makes an empirical prediction that the neural correlate of consciousness crucially involves the prefrontal area, as that is the seat of reasoning and rationality. This is important because whether prefrontal theories of NCC are plausible is an empirical question, and in this way, Smithies’ view on consciousness and justification becomes empirical testable too. This should be taken as a merit of Smithies’ view.