And while it’s hard to cheer on a company like Blockbuster, which acted as if the market it found would remain uniform forever, it’s also strange to look at companies such as Uber and cheer them on in thinking that eventually government regulation will need to adjust to support their business models. For the ultimate upshot of the disruptor’s super-historical impulse is the expectation that, rather than your idea conforming to the world in some manner, the world ought to accommodate the sheer genius of your idea.
This idea made its way from the Communist Manifesto into business jargon by way of the economist Joseph Schumpeter, who, in a 1942 book, coined the phrase “creative destruction”. Although hardly a communist himself, Schumpeter derived the term from Marx and intended it to be descriptive rather than affirmative. Born in Austria in 1883, Schumpeter was steeped in both Marxian economics and in the work of classical liberal economists such as Ludwig von Mises. He became one of the great analysts of the business cycle, but also of its social ramifications. In 1932, he became a professor at Harvard. Schumpeter thought that capitalism would almost gradually lead to some kind of state socialism, a fact that he didn’t exactly welcome but thought inevitable.
Hutzler 571 banana slicer, which mock exactly the mania for buzzy solutions in search of a problem – “No more paying for those expensively sliced fruits- i can just stay at home,” joked one user.

There are certain phrases that are central to the sway the tech industry holds over our collective imagination: they do not simply reflect our experience, they frame how we experience it in the first place. They sweep aside certain parts of the status quo, and leave other parts mysteriously untouched. They implicitly cast you as a stick-in-the-mud if you ask how much revolution someone is capable of when that person represents billions in venture capital investment. Among the most influential of these phrases is undoubtedly “disruption”.
But there is a less obvious shift in usage. Schumpeter proposed creative destruction as a concept that applies to the business cycle. Companies dominate the market, are challenged by other companies and get displaced. But today’s rhetoric of disruption frequently applies to things other than companies. This is why people such as Peter Thiel are so intent on claiming that higher education, say, or healthcare as a whole, or government, are oligopolies or even monopolies. Schumpeter would have looked at Blockbuster’s gradual defeat by Netflix – a rival it never saw coming, a rival it didn’t take seriously when threatened and even refused to buy when given the chance – as a textbook case of creative destruction. But is the same true for your local travel agency, record shop and pharmacist? Is it true of the postal service or the regional bus company? Disruption is a concept that draws combatants into an arena they had no sense they were entering.

Marx thought that the falling rate of profit doomed capitalism to exploit labour ever more harshly (thus setting the stage for revolution). Schumpeter countered with the idea of creative destruction: if markets were uniform over time, Marx might well have been proven correct, but this turns out not to be the case. “The fundamental impulse that sets and keeps the capitalist engine in motion comes from the new consumers’ goods, the new methods of production or transportation, the new markets, the new forms of industrial organisation that capitalist enterprise creates,” wrote Schumpeter. In his view, capitalism’s “creative destruction” – its tendency to shake up and redefine its markets – is the thing that actually accounts for its continuity. Yesterday’s monopolist is suddenly one competitor among many, and, often enough goes under entirely. The cycle begins anew.

When Elizabeth Holmes appeared on the talkshow Mad Money after the allegations against Theranos became public, she repeated a Steve Jobs-ism (an infamous free-floating quote, variants of which have been ascribed to everyone from Mahatma Gandhi to Arthur Schopenhauer): “First they call you crazy, then they fight you, then you change the world.” When challenged, Holmes retreated into a kind of received wisdom, but that wisdom seems to have been largely gleaned from dorm room motivational prints. Even so, there’s a lot going on in that sentence.
It would have been easy enough for Schumpeter to argue that in this way, creative destruction would ensure capitalism’s long-term viability. But interestingly enough, in his magnum opus, Capitalism, Socialism and Democracy, he argues just the opposite. The second part of the book is titled Can Capitalism Survive?, and Schumpeter comes down on the side of no. After all, the constant destruction, however generative it may be from a bird’s eye view, will ultimately call forth attempts to regulate capitalism. While creative destruction is viable economically, its experience is too disorienting politically to allow capitalism to survive long-term. In the end, Schumpeter believed, creative destruction makes capitalism unsustainable: gradually and peacefully (through elections and legislative action), capitalism will yield to some form of socialism. 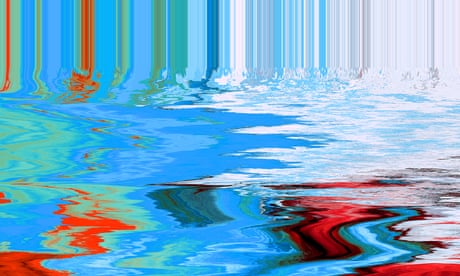