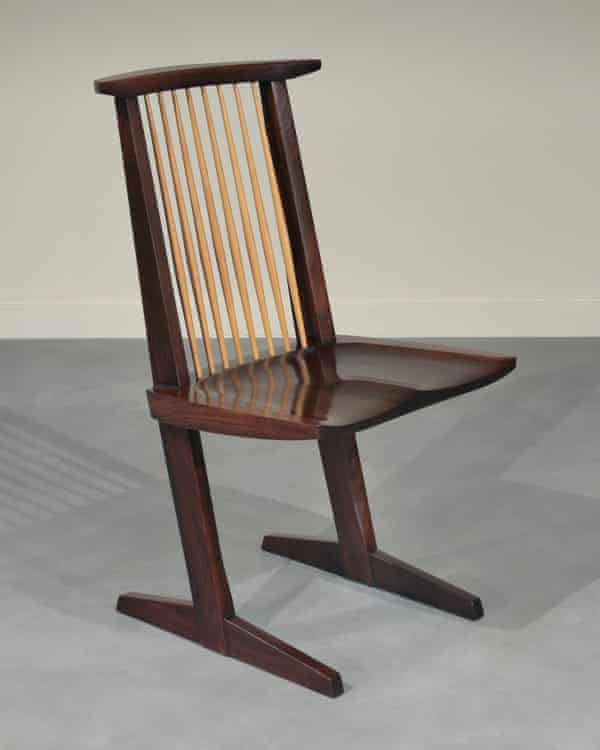 Nakashima’s belief was that when you made furniture, you created a new life for a tree. His work showcases the natural beauty of wood and was made without mass production. The compound of 18 buildings in concrete, cement and glass that he designed for himself and his family in New Hope, Pennsylvania, became a National Historic Landmark in 2014. There’s a Nakashima museum and gallery in Takamatsu, Japan. In Japan he absorbed the philosophy of Mingei – the idea of design to be inexpensive and for everyday use by ordinary people – and in India he became a follower of the guru Sri Aurobindo. “There must be a union between the spirit in wood and the spirit in man,” he explained, rather gnomically, in his 1981 autobiography, The Soul of a Tree. “The object created can live forever. The tree lives on in its new form. The object cannot follow a transitory ‘style’, here for a moment, discarded the next. Its appeal must be universal.”
• George Nakashima, Woodworker premieres 2 October at Design Miami/Shop. To join the virtual premiere register online here.
Nakashima graduated with a masters degree in architecture from the Massachusetts Institute of Technology in 1931. He then sold his car and bought a round-the-world steamship ticket.