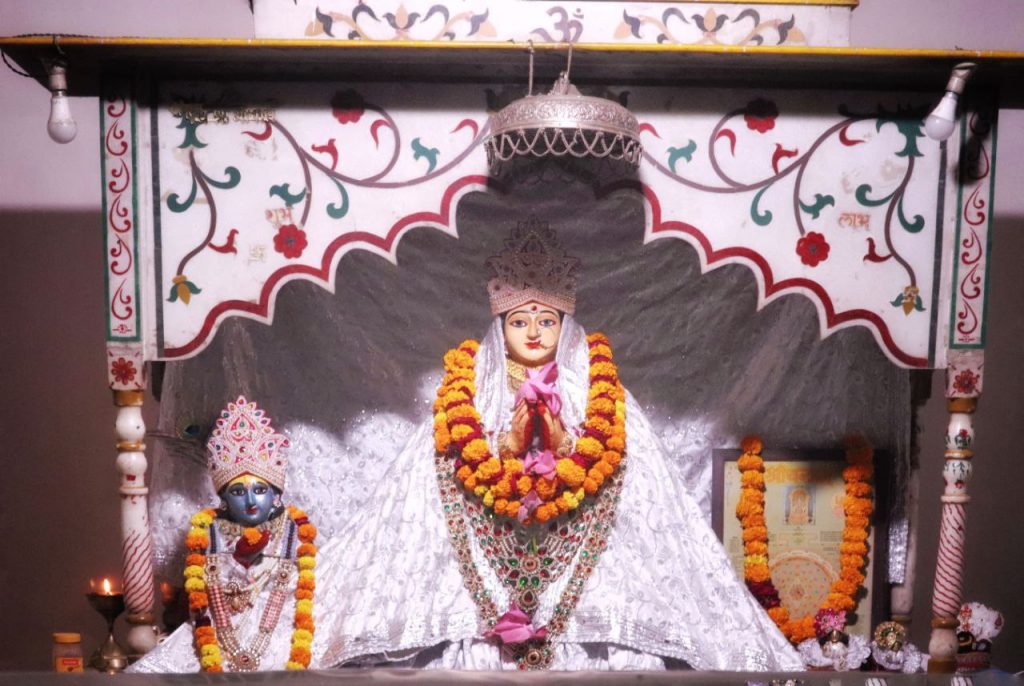 northern bank of the Yamuna exactly opposite from Seva Kunja in Vrindavana, where the rasa-lila took place. Some say that Lakshmi Devi is still engaged in penance at Bilvavana even today, and a very famous festival is held at the Lakshmiji Mandira every year during the month of Pusa (Nov-Dec), when thousands of people from all over Vraja flock there to get the mercy and blessings of goddess Laksmi Devi. The Deity of Lakshmiji situated in the temple here is sitting in meditation with Her hands folded, so in this regard, She is still present here in Bilvavana in the form of Her Deity and meditating on the rasa-lila.
Krishna’s desires, were properly qualified. Narada also explained that the gopis of Vrindavana abandoned everything for Krishna’s pleasure, even their own husbands, their families, along with their chastity and honor, which so dear to a lady, and were even ready to sacrifice their very own lives, just to make Krishna happy. They never asked Krishna for anything, except to remain as eternal servants at His lotus feet. Shrimati Lakshmi Devi had some attachment to the great opulence of Vaikuntha, as well as to Her position as the Goddess of Fortune and being the consort of Lord Narayana. She therefore asked Narada what She had to do to achieve the position of a gopi. Narada advised Her to perform austerities in the forests of Vrindavana in order to free Herself of all traces of attachment. Lakshmi Devi decided to stay in the forest of Bilvavana, because it lies on the
Courtesy – From Chaurasi-Kosa Vraja Mandal Parikrama Book By Sri Rajashekara Dasa
Bilvavana is known locally as Lakshmivana, because Lakshmi Devi performed austerities here in order to achieve the position of a gopi in Krishna’s pastimes. One day, while serving Her husband Lord Vishnu in Vaikuntha, she heard from Shrila Narada Muni about Her husband’s extraordinary pastimes when He appears on earth in His original form as Lord Shri Krishna in the transcendental land of Vrajabhumi where He enjoys the most intimate loving pastimes with the gopis. Goddess Lakshmi Devi became so attracted by hearing the descriptions of the rasa-lila that she decided to go to Vrindavana and take part in those wonderful pastimes.
On arrival at the rasa-mandala, Lakshmi Devi was stopped from entering by some of the gopis, who told Her that She was not qualified or in the proper serving mood (bhava) to take part in the rasa-dance. Greatly disappointed to find that she was refused entry to the rasa-mandala, She became very sad and dejected. At that moment Krishna came there and after greeting the Goddess of Fortune with pleasing words, explained that she was stopped by the gopis because, as the wife of Lord Narayana, she was situated in the mood of aishvarya-bhava, being always surrounded with the great opulence of Vaikuntha. Krishna also informed Lakshmiji that even Lord Brahma, Lord Shiva, Sukadeva Goswami, or the four Kumaras, besides many other great liberated souls, are not able to take part in the rasa-lila pastimes.

Feeling heartbroken at being rejected, Lakshmi Devi immediately returned to Vaikuntha to find out from Narada Muni why She could not take part in the rasa-lila. Shrila Narada Muni informed Lakshmiji, that in order to enter the rasa-mandala, one has to be free from any attachment to opulence, prestige, or personal satisfaction, and should desire only the absolute satisfaction of Krishna. Narada further said that the rasa-lila was the highest expression of unalloyed devotional service, and only the gopis, who had absolutely no interest in personal benefit, or even a pinch of selfish desire, who lived only to satisfy
However, according to the verse below from Vraja-riti-cintamani, Lakshmiji did actually get to meet Krishna and also talked with Him. In the Vraja-riti-cintamani of Shrila Vishvanatha Chakravarti, the following verses are found, “When the personified Vedas saw the splendid good fortune of the vraja-gopis, they decided to follow in their footsteps and become vraja-gopis also. When Lakshmi Devi saw the charming sweetness of the vraja-gopis, she became bewildered and fainted with envy. Who can describe the transcendental opulence of this land of Vraja? There Lakshmi Devi performed severe austerities to become a gopi. Although she remained as Lakshmi and did not attain her goal, she nevertheless had the opportunity to speak to her beloved Krishna.” 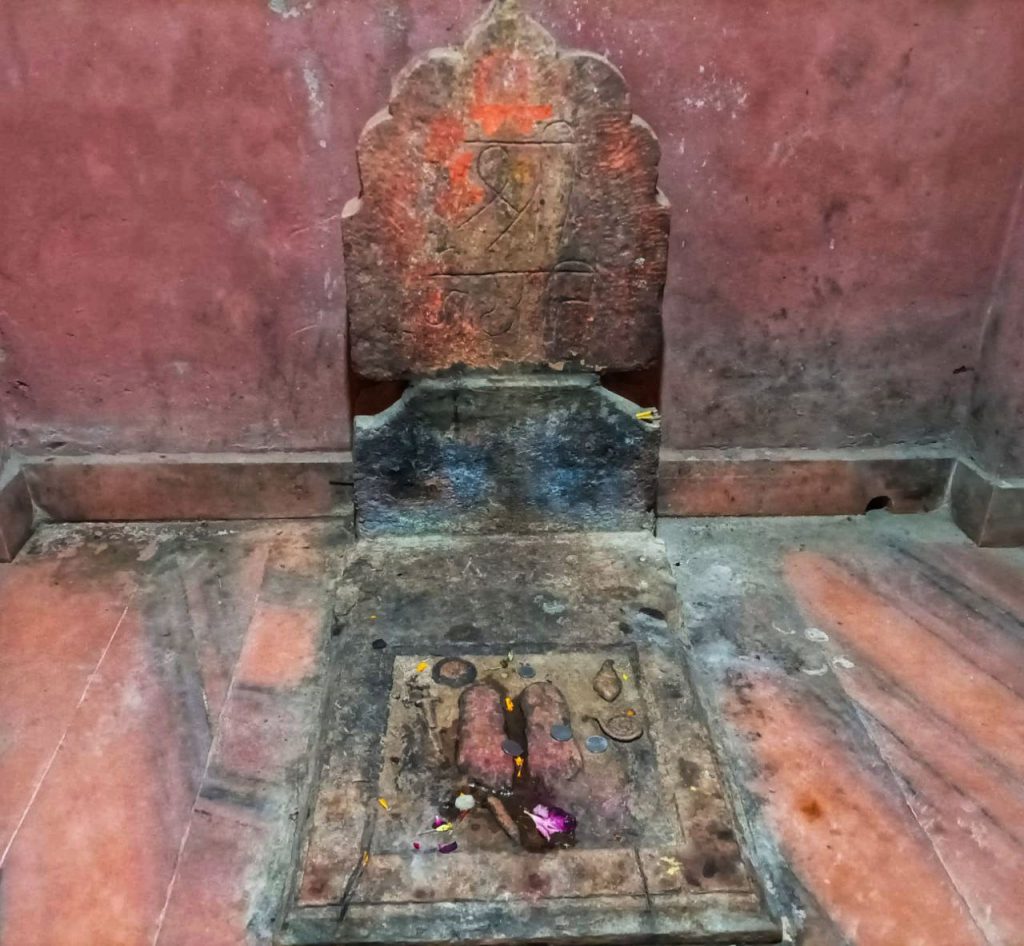