‘Meaning’ and truth can, then, be conceptualised not as single, fixated and decidable, but as phenomena in a relatively open space of uncertainty and possibility. And communication of and theorising about them can, accordingly, be meaningfully conducted as suspensive rather than conclusive activities – in criticism and philosophy and any other field. Thinking, interpreting and communicating can, and sometimes should, take the form of vacillation, between specific options of truth, solutions and conclusions to problems. They should also involve, on the one hand, decision and determination of meaning and, on the other, acknowledgment and reproduction of the openness and uncertainty. This is a balancing act, then, by which the thinker and writer attempts to determine and instill specific meanings in a texts while also accepting, representing and exploring uncertainty. 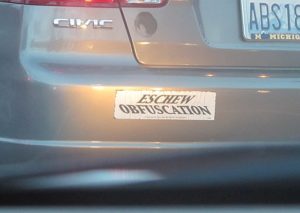