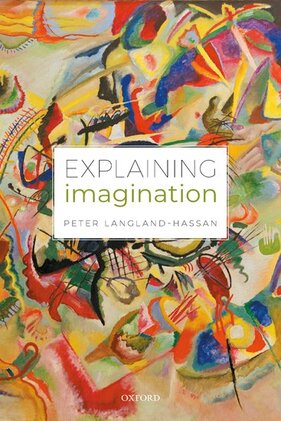 What ingredients do they feature? On my telling, they are other familiar mental states like beliefs, desires, judgments, decisions, and intentions. In different combinations and contexts, they constitute cases of imagining.
So said Fred Dretske in “A recipe for thought,” and so I’m inclined to believe. He offered the slogan both as “something like an engineer’s ideal, a designer’s vision, of what it takes to understand how something works,” and as an axiom at the heart of philosophical naturalism—one that applies as much to the mind as to anything else (Dretske, 2002).
Currie, G., & Ravenscroft, I. (2002). Recreative Minds: Imagination in Philosophy and Psychology. Oxford: Clarendon Press.
Précis
Doggett, T., & Egan, A. (2007). Wanting Things You Don’t Want: the Case for an Imaginative Analogue of Desire. Philosophers’ Imprint, 7(9), 1-17.
Stevenson, L. (2003). Twelve conceptions of imagination. The British Journal of Aesthetics, 43(3), 238-259.
Nichols, S. (2004). Imagining and Believing:  The Promise of a Single Code. Journal of Aesthetics and Art Criticism, 62, 129-139.
Knowing how to make something, in Dretske’s sense, entails knowing how to write a recipe for it. Such a recipe can’t include, as an ingredient, the very thing it is a recipe for. “One cannot have a recipe for a cake that lists a cake, not even a small cake, as an ingredient,” Dretske explains. “Recipes of this sort will not help one understand what a cake is.” Likewise for intelligence: “if you want to know what intelligence is, you need a recipe for creating it out of parts you already understand” (Dretske, 2002).
Kind, A. (2013). The Heterogeneity of the Imagination. Erkenntnis, 78(1), 141-159. doi:10.1007/s10670-011-9313-z
Kind, A. (2016). Introduction:  Exploring imagination. In A. Kind (Ed.), The Routledge Handbook of Philosophy of Imagination (pp. 1-12). New York: Routledge.
The same points apply to imagination. We won’t understand what imagination is—won’t be able to explain imagination—until we can write a recipe for making it out of parts we already understand.  Explaining Imagination is a compendium of such recipes.
The idea that imagination can be reduced to other kinds of mental states in this way is at odds with what most (maybe all) other philosophers have had to say about imagination.  In her introduction to The Routledge Handbook of Philosophy of Imagination, Amy Kind presents the claim that “imagination is a primitive mental state type (or group of types), irreducible to other mental state types” as one of “four basic claims about imagination that enjoy near universal agreement” (2016, p. 2).   According to this consensus, if we list a person’s beliefs, desires, intentions, judgments, decisions, hopes, wishes, fears, and so on, and fully describe their ongoing use of those states in practical and theoretical reasoning, we will leave open whether they are imagining.  For the facts about what, if anything, a person is imagining are thought not to be entailed by any facts about other folk psychological states they might be in.  This is the sense in which imagination is commonly held to involve a sui generis or “primitive” type of mental state.