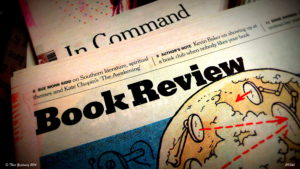 The blending of fiction and nonfiction in contemporary literature has produced a passionate debate in literary theory and criticism and resulted in the launch of a variety of more or less imaginative genre-labels, such as autofiction, autonarration, autopoetry and autotheory. Such terms are used to designate literary works which demonstratively disrespect the conventional boundary between fiction and nonfiction, deliberately blur the distinction between construct and referentiality, and in which generic undecidability and epistemic uncertainty appear as criteria for, or markers of, authenticity, sincerity and truth. Autofiction, -narration and -poetry are typically applied to works which combine autobiographical or biographical writing with elements, modes, styles and devices of narration that have conventionally been associated with the novel and/or poetry. Autotheory is used for works that similarly fuse autobiography/biography and fiction/lyricism but which in addition have a significant essayistic, theoretical and/or philosophical dimension. Works of autotheory are, moreover, typically characterised by a strong literary meta-awareness and a distinctive confessional dimension; they are at once deeply personal disclosures of desires and shame and theoretical and essayistic treatments of universal matters and topics such as identity, existence, ethics, culture, art, politics and the problems of literary representation itself.