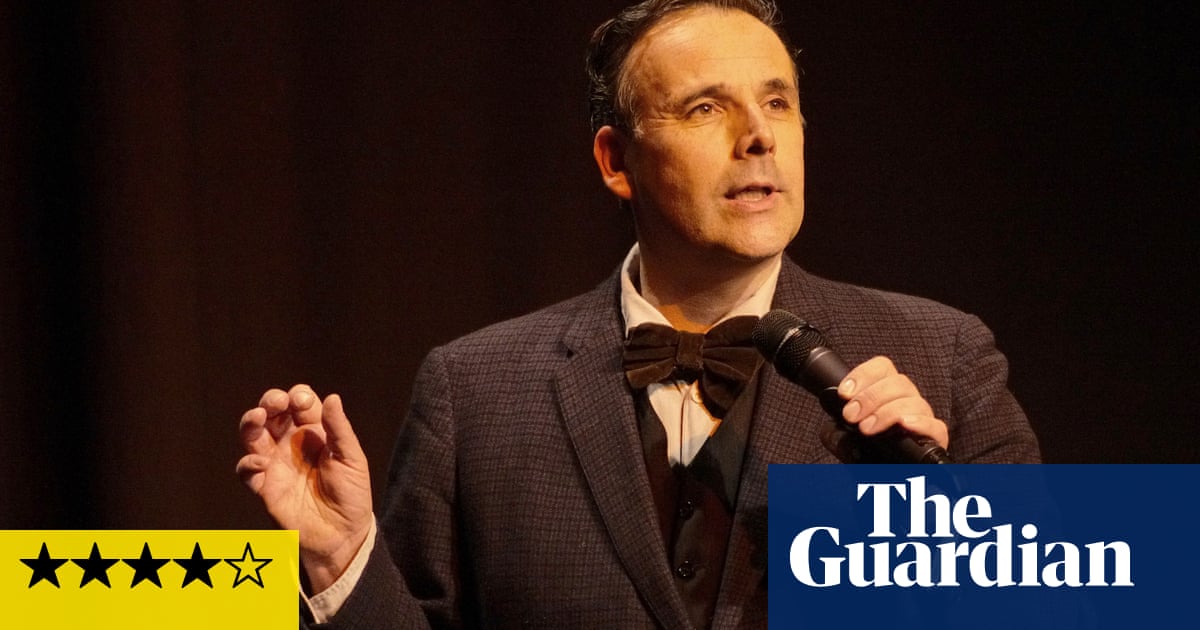 It’s no smooth-purring comedy machine. Sometimes Newman’s arcane historical act-outs frustrate, by interrupting the flow of his argument. Occasionally, the ideas they depict are funnier in concept than execution. But there are laughs and killer punchlines, such as the priceless one-liner about surprised Buddhists, or the coda to his action sequence that unites James Bond, a Syrian jihadi and Nietzsche’s aristocratic principle.
I took just as much pleasure from Newman’s intellectual iconoclasm, and the twisty-turny routes through history he takes to exercise it. The switchbacks leave you giddy, as Newman (not for the first time) upbraids mainstream philosophy for its abstraction from real, political life, and for the disastrous idea, which he traces through time, that humankind transcends the natural world. It’s a tribute to his Adam Curtis-like eye for unexpected connections that all this leads, seamlessly, to a closing section on Newman cycling the school run with his teed-off kid. By which time, my brain was fizzing, a smile was glued to my face – and I felt delighted to be back watching live standup.
A masked audience is a novelty at his gigs, Rob Newman tells us. A sparsely populated auditorium: not so much. Trust Newman to wring self-mockery from the circumstances of this first show back post-lockdown – a show no more likely than its esoteric predecessors to transfer to the O2. A historical philosophy tour and “an antidote to the stridency of the national conversation”, its gags and solo sketches encompass Yuval Noah Harari and Michael Sandel, the New Testament and ancient Greece. It’s as much free-associating essay as comedy, and a workout not just for the funny bone, but the mind. 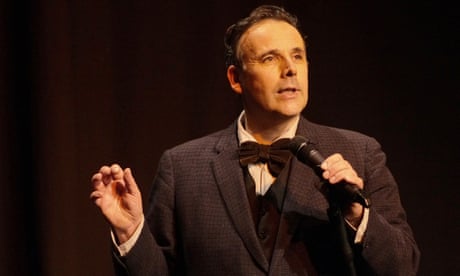