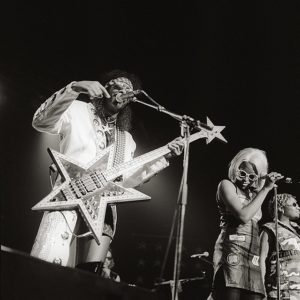 ose their jobs. Relative to mandating vaccination for the wider population, there is greater justification for mandating vaccination where workers regularly interact with vulnerable people. If unvaccinated, these workers pose a greater risk to public health and undermine public trust in their institutions.
The larger barriers to psychedelic moral enhancement of politicians might actually be political and cultural, rather than moral. If governments continue to think that they need to ‘send a message’ that the use of ‘recreational’ drugs is socially unacceptable, they might worry that their own use of psychedelics, even if under highly controlled conditions, will undermine that message. Similarly, society might find it difficult to believe that psychedelics really provide moral enhancement even if there is scientific evidence to that effect. Changes in political and cultural attitudes are difficult to predict and long periods of stasis can be punctuated with periods of rapid change. If psychedelics prove to be effective moral enhancers, there is a strong moral argument that politicians should take them, and that argument will help to break down any political and cultural barriers that still stand in the way.
The path to this near-future scenario has two steps. First, let us suppose that psychedelics make good on their early promise as moral bioenhancers. Second, once effective moral enhancements exist, then people whose jobs entail making morally momentous decisions, such as politicians, would be morally required to take those enhancements.