“O king, as Hemamali enjoyed his wife, Kuvera began his usual worship of Lord Shiva in his palace. Soon enough he realized the flowers for the midday puja were missing. Unable to perform this important upachara (offering) Kuvera got angry and ordered a messenger to find out why the dirty-hearted Hemamali had not yet returned. The messenger brought back the news that Hemamali was busy enjoying sex with his wife.

The Supreme Lord, Sri Krishna, replied, “O king, I shall certainly relate to you of this, the best day of fasting. It is the Ekadashi that occurs in the dark fortnight of the month of Ashada. It is known as Yogini Ekadashi. It eradicates all kinds of sinful reactions and bestows ultimate liberation.

This year Yogini Ekadasi falls on 6th July 2020.
“The soft-hearted Markandeya Rishi replied, ‘Since you have unhesitatingly spoken the truth, I shall tell you about a day of fasting that will greatly benefit you. If you fast on the Ekadashi that falls in the dark fortnight of the month of Ashada, you will be freed from this terrible curse.’ Hearing the remedy of his abysmal woes, Hemamali fell to the ground in deep gratitude and repeatedly offered humble obeisances to the great sage. Markandeya Rishi lifted Hemamali to his feet, filling him with inexpressible joy.

The History of Hemamali 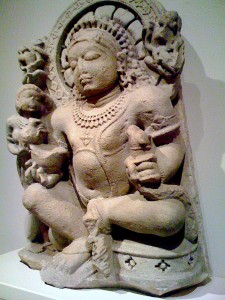 “Markandeya Rishi sat peacefully at his Ashrama, effulgent as though a second Brahma. Feeling himself very sinful Hemamali, stood afar and offered humble obeisances and suitable prayers to the exalted sage. Ever the well-wisher, Markandeya Rishi called the leper to approach him and asked, ‘What sinful deeds have brought you to this dreadful condition?’

“The king of Alakapuri – Kuvera, the treasurer of the demigods – was a steadfast devotee of lord Shiva. He had a servant named Hemamali who was his personal gardener. Hemamali, a Yaksha like Kuvera, however, was deeply attached to his attractive wife, Swarupavati, who had large, enchanting eyes.
Lord Sri Krishna concluded, “You can see, O Yudhishthira, that fasting on Yogini Ekadasi is very auspicious. Whatever merit is earned by feeding eighty-eight thousand brahmanas is obtained simply by observing a strict fast on Yogini Ekadashi. This sacred Ekadashi destroys heaps of past sinful reactions and makes the performer most pious. O King, this is the glory of the pure Yogini Ekadasi.”

Kuvera
Click here to know – “How to observe ekadasi as per Srila Prabhupada’s instructions?”

The glories of Ashada-Krishna Ekadashi, or Yogini Ekadashi, are found in the Brahma-vaivarta Purana in a conversation between Maharaja Yudhishthira and Lord Krishna.

“Hemamali’s was tasked with bringing flowers from Lake Manasarovara for his master, Kuvera to worship Lord Shiva. Once after picking flowers, Hemamali instead of going to his master, went to his wife. Absorbed in sense gratification with Swarupavati, he forgot to deliver the flowers to Kuvera.
“Hemamali immediately fell from Alakapuri afflicted with white leprosy. He found himself in a dense fearsome forest, with nothing to eat or drink. In great misery, he was unable to sleep at night due to pain. He suffered in the winter and summer, but worshiping Lord Shiva with faith, his consciousness remained steady. In that condition, he remembered his past life due to piety.
“Hemamali pained and ashamed replied, ‘Dear sir, I am a Yaksha, a servant of lord Kuvera, and my name is Hemamali. It was my daily service to pick flowers from Manasarovara Lake for my master to worship Lord Shiva, but one day I was negligent and got late in bringing the flowers being overwhelmed with enjoying lusty bodily pleasures with my wife. When my master discovered why I was late, he was angry and cursed me to be as I am before you. I am bereft of home, wife, and service. Fortunately, I found you, and now am hopeful of receiving an auspicious benediction, for I know that devotees like you are as merciful as the Supreme Lord and naturally bear the interest of others uppermost in your hearts. O best of sages, please help me!’

“As instructed by the sage, Hemamali observed the Ekadashi fast and assumed his previous, handsome Yaksha body. He then returned home, where he lived happily with his wife.” 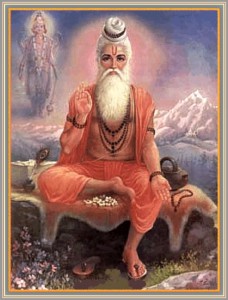 “Wandering over mountains and plains, Hemamali eventually reached the expansive Himalayan mountain range. There, by good fortune, he met the saintly Markandeya Rishi, the best of ascetics, whose is said to have the lifespan of seven days of Brahma (One day of Brahma is 1000 maha yugas or 4, 300,000, 000 earthly years).
Yudhisthira Maharaj asked Lord Krishna, “O Supreme Lord, I have heard the glories of Nirjala Ekadashi that occur during the bright fortnight of the month of Jyeshtha (May – June). Would you kindly now tell me of the Ekadashi that falls in the dark fortnight of the month of Ashada (June – July) O Madhusudana?”
“O best of kings, this Ekadashi delivers people drowning in the perilous ocean of material existence taking them to the shore of the spiritual world. In the three worlds, it is the chief of sacred fasting days. You will realize this truth by hearing a historical account from the Puranas.
“Kuvera, livid with rage demanded the lowly Hemamali come before him at once.  In great apprehension, the negligent Hemamali timidly approached his master. The gardener offered obeisances and stood shuddering before his lord whose eyes were blazing and lips trembling with rage. Kuvera screamed at Hemamali, ‘Sinful rascal! Destroyer of religious principles! You are an offense in the name devas! I curse you to suffer white leprosy and be separated from your wife! You deserve only the greatest suffering! Lowborn fool! Leave this place this instant and fall into the nether planets to suffer!’