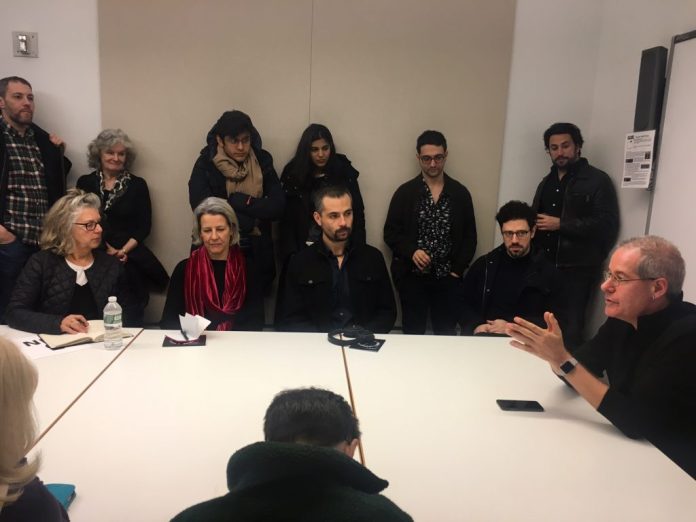 Photo of Brooklyn Library courtesy of Ian Olasov.
Massimo Pigliucci was part of the Night of Philosophy and Ideas held at the Brooklyn Public Library in January.  I spoke with Massimo about the discussion he hosted on philosophical approaches to keeping secrets about infidelity, as well as public philosophy.

Finally, the person entrusted with the secret should not expect his friend to be convinced that she did something wrong, or to change her behavior. Other people’s actions are outside of our control, only our judgments are truly ours.

So, in the case of the cheating spouse a Stoic would probably: i) keep the confidentiality, because that’s what friends are for, to speak freely to each other; but ii) by the same token, he would have told her friend that she did not act ethically, and that she should somehow rectify things, either by coming clean with her husband or at least by cutting off the liaison and renew her vow of trust to her companion. Or maybe she could talk him into adopting an open lifestyle.
In terms of suffering, because the husband is also his friend, one has to have the fortitude of seeing him while keeping the secret, if one has judged that the trust of her first friend is paramount. It’s a difficult situation, but that’s where having a well thought out ethical philosophy helps!
First, that philosophy is both relevant, since these things happen so frequently, and useful, since various philosophical frameworks can be deployed to better think through the dilemma. Second, that perhaps they will consider more carefully and deliberately how to act the next time they are faced with this or any other ethical dilemma.

It was an unqualified success. It was very well organized by the French Cultural Institute and the Brooklyn Public Library. It went even better, in terms of logistics and location, than the previous Night of Philosophy in New York City.  That one was two years ago at the Ukrainian Embassy and I gave a talk at 4:20 in the morning.  It was packed!
What do you hope that people took away from your discussion?
Over 7,000 people attended the Night. Why?
Because I think it is crucial that philosophers meet the public as often as possible. It is, somewhat selfishly, crucial for the relevance and survival of philosophy itself, but–more importantly–it is crucial because we live in a world where philosophy can truly help people navigate difficult, sometimes even hopeless situations. There is a reason why we still talk about Socrates and practice Socratic dialogue almost two and a half millennia after his death.
What was your overall impression of the night?
As I was saying earlier, it brings philosophy to the public, as well as a larger public to philosophy–not to mention to a great institution like the Brooklyn Public Library. A win-win-win, I would say.
Massimo Pigliucci is the K.D. Irani Professor of Philosophy at the City College of New York. He studies the nature of evolutionary theory, the relationship between science and philosophy, and the modern revival of ancient Stoicism.
What do you see as the most important benefit of such an event?
I started out by presenting the question, as you just put it. Then, before we could begin a philosophically meaningful conversation, I did two things: first, I told people that there was no right or wrong answer, so long as they could provide reasons for their position. I wasn’t interested in answers along the lines of “I feel that…” This is philosophy.  You think that…

What would you do?
*
A close friend of mine asked if I could keep a secret. I told her I could, and then she told me she had been cheating on her husband with a coworker. I am also friends with her husband, and every time I see him, my heart breaks. Do I tell?
Exhilarating! (And yes, before you ask, Stoics do cultivate positive emotions!)  It’s great to be at an event where thousands of people show up in cold weather to spend their Saturday evening–and even much of the night!–talking about philosophy.
Can you outline how you approached the question with the audience?
Why did you participate?
What would a Stoic do?
Massimo, I really enjoyed your session at the Night of Philosophy in Brooklyn, which was part of the ‘Dilemma Series’.  The dilemma allocated to you was:
If you have an idea for a blog post or interview, we’d love to hear from you!  Details are available here.
How did you find the experience of being there?
Not really. I’ve facilitated enough discussions about ethical problems that the range and sometimes intensity of the responses did not surprise me. What did surprise me was when I asked how many people had found themselves in a similar situation and more than half of the hands went up! Then again, as a biologist I should have known that cheating is a very common behavior among human beings.
Second, I took a few minutes to very briefly summarize the three major frameworks in moral philosophy: Kantian-style deontology, Mill-type utilitarianism, and virtue ethics as practiced by the ancient Greeks and Romans. The idea was to provide participants with a minimal philosophical toolkit to think through the question.
Skye Cleary PhD MBA is the author of Existentialism and Romantic Love (Palgrave Macmillan 2015) and co-editor of How to Live a Good Life (Vintage 2020). She teaches at Columbia University and Barnard College and tweets at @skye_cleary.
Ah, a Stoic would approach the issue from two perspectives: first, that the most important thing to do for oneself is to practice virtue, i.e., to maintain one’s moral integrity. Second, the dichotomy of control: some things are under our control, and others are not, and it is wise to keep the difference in mind in every particular circumstance.
Many in the audience had interesting takes on the question, but I was surprised at how many people wanted the cheating spouse to come clean, and some were willing to go to extreme measures to construct scenarios where the cheating spouse would be discovered.  Did any of the audience responses surprise you?
I’m not surprised at the numbers, which are comparable to the event two years ago, as well as other Nights of Philosophy organized in Paris, Berlin, London, Helsinki and elsewhere. Whenever administrators at my university say that it is hard to attract people to philosophy, I cite these numbers and tell them that it may actually be more a matter of their incompetence than of public interest. People are into philosophy when it’s well done, when it isn’t a somewhat sterile, austere, and incomprehensible academic pursuit, but rather a vibrant form of discourse about life, the universe and everything. 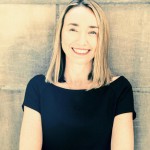 What the Stoic would do, since I’m trying to practice that philosophy…
CategoriesPhilosophy