Six of the seven protestors pled not-guilty and their case recently came to trial. At the trial the defendants, representing themselves, admitted their actions but claimed it was a “necessary” and “proportionate” response to the serious injury and death being caused by Shell. The weakness of this defence is that it has no basis in law. Nevertheless the jury acquitted, presumably convinced that, although the defendants acted illegally, they were morally right or, at least, not blameworthy. That’s to say, the jurors followed their consciences rather than applying the law.
This line of reasoning suggests that nullification is more justifiable when the process by which a law has been developed leaves it out of step with morality. Consider just two ways this might happen: First, the moral landscape might shift quickly, leaving the relatively slow process of legislation behind. When this happens, the existing law can begin to deliver perverse outcomes. Second, the law might be undemocratic because powerful lobbyists have had an undue say in designing that law.
The laws governing jury behaviour are mainly concerned with restricting the jury to the evidence presented in court. If, prior to the verdict, jurors seek information or discuss the case outside of court, they are in contempt of court. Jurors swear an oath which varies, but in the UK it is to “faithfully try the defendant and give a true verdict according to the evidence”. There isn’t, however, any legal requirement governing the reasoning that the jury must use in coming to a decision. In part, this is because the jury’s deliberation should be free from manipulation and any policing of it would compromise that.  So, the laws governing the jury leave jurors the freedom to ignore the law or the judge’s guidance on how the law should be applied.
In contrast, the prejudiced white jury considering whether to acquit the white murderer of a black man should consider the principle of “equality before the law”. According to this principle the colour of a murderer’s or a victim’s skin should have no bearing on the punishment for the crime. There is little ground to doubt this well-established principle; it has been carefully considered and it is nearly universally agreed to be a cornerstone of liberal society. Furthermore, this kind of racially charged case is exactly what legislators were thinking about when settling on the principle, so it is highly unlikely that there will be any morally relevant differences in this particular case that would justify an exception.
As an aside, this suggests an interested legal defence strategy for environmental and social justice activists – one mightn’t be able to suggest to the jury that they have the power of nullification but one might model the reasoning that you want the jury to adopt by emphasising how the defendant acted to prevent unjust harm to third parties.
Written by Doug McConnell
[1] Of course, these juries might not be making mistakes but rather be deliberately aiming to impose their world view on others without any regard for justice. I set these cases aside and focus only on cases where the jury is sincerely motivated by justice.
Given that juries have the power of nullification, should they use it? There is a reason to nullify when one believes the defendant is morally blameless (all things consider 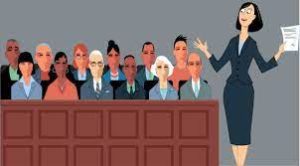 ed) so that they would be unjustly punished if convicted. Assuming one should act to defend another from unjust harm where one can easily do so, then one should act to prevent the conviction of a blameless defendant (Huemer 2018). This reasoning (perhaps implicit) was presumably driving the jury’s decision in the Shell case. Indeed, there was a symmetry here in that the defendants were aiming to prevent Shell causing unjust harm to third parties due to climate change.
Jurors might hesitate to nullify when they consider that, in the southern US, juries used to ignore the law to acquit whites who had murdered blacks (Clay, 1998). These murderers were obviously blameworthy so there was no moral case for nullification. But a jury of prejudiced whites may mistakenly[1] judge that the punishment for murder is disproportionate when a white man kills a black man. Of course, these juries might not be making mistakes but rather be deliberately aiming to impose their world view on others without any regard for justice. I set these cases aside and focus only on cases where the jury is sincerely motivated by justice.
Are juries allowed to behave i 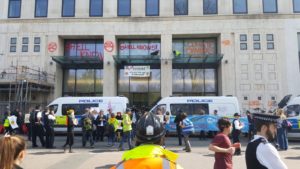 n this way? The short answer is ‘yes’ but they are strongly discouraged from even considering it. Juries are typically instructed by the judge to determine the veracity and significance of the evidence, apply that evidence to the law, and reach a verdict without allowing sympathy to compromise their evaluation. They aren’t supposed to question the law itself. Furthermore, if the lawyers arguing the case suggest to the jury that they are not required to apply the law when coming to a verdict, they are in contempt of court and a mistrial may be declared.
Huemer, Michael (2018). The Duty to Disregard the Law. Crim Law and Philos 12:1–18
Because the jury’s reasoning is not in question, their verdict is taken at face value with some very rare exceptions. For example, a jury for a murder trial in Kentucky agreed to flip a coin to settle on their guilty verdict after nine hours of deliberation. The judge somehow found out about it and declared a mistrial but, if the jurors had kept it secret, presumably there would have been no investigation into how the verdict was reached. In some jurisdictions, a judge can overrule a guilty verdict if he or she thinks that no reasonable jury could have some to such a conclusion. This is to protect defendants from malicious juries.
A jury recently acquitted several activists charged with causing £25,000 worth of damage to Shell’s HQ in London despite the defendants admitting that they caused the damage and the judge informing the jury that the defendants had no legal defence. In other words, if the law were applied correctly, the jury had no choice but to find them guilty. When juries deviate from the law and “go rogue” like this, it is known as “nullification”. But when, if ever, should juries behave in this way?
[2] Outside of a liberal democracy the scope for jury nullification would be wider.
Both factors are arguably at play in the Shell case. The existential threat of climate change has created new moral demands to quickly change the societal structures locking us in to self-destructive practices. When people were developing property law they (understandably) didn’t consider that people might target the property of companies pushing humanity towards social collapse. Shell has also lobbied to prevent policies that would limit climate change thereby contributing to the urgency and desperation of people trying to prevent social collapse. So, in the Shell case, the jurors had good reasons to favour their consciences over the law. Conrad, Clay S. (1998). Jury Nullification, The Evolution of a Doctrine, Carolina Academic Press, pp. 167–185.
In short, when considering going rogue, jurors should aim to strike a balance between following their own sense of justice and respecting the accumulated cultural knowledge represented by the law. This certainly leaves room for justified (even morally obligatory) nullification and we might expect to see much more of it in the near future in relation to environmental protests and other social justice movements. One reason in favour of applying the law rather than following one’s conscience, is that the laws have been established by a liberal democracy[2] and represent a tested store of knowledge. For example, the typical person wouldn’t necessarily come up with the standard of ‘beyond reasonable doubt’ on their own, but we have settled on it as a good standard through generations of collective critical reflection. Therefore, if one’s conscience clashes with the law, that should give one pause. Is the defendant really blameless? Perhaps their punishment would not be unjust after all? Do I have reason to think that my personal moral judgment is superior to the accumulated wisdom of the law?
On April 15th 2019, seven Extinction Rebellion protestors damaged Shell’s London HQ in an attempt to draw attention to Shell’s role in the climate emergency. A quick refresher: Shell has undermined action on climate change and the magnitude of its continuing investment in fossil fuels is incompatible with safe levels of global warming.