Nevertheless, she points out, the insistence that inequality undermines democratic societies has been amply vindicated. As divergences in wealth and circumstance deepened, and the welfare state became a minimalist safety net, faith in the social contract eroded and identity politics boomed. Contemporary interest in a universal basic income, says Audard, is one example of how Rawls’s liberal egalitarianism is still relevant to the fractured politics of 2020. “There is a lot of interest at the moment in his critique of the capitalist welfare state and a lot of work going on in that area.”
The eruption of the civil rights movement, feminism and radical leftism in the 1960s lent this task even greater urgency. Much of mainstream Anglo-American philosophy of the time was abstruse and insular. But Rawls produced a book intended to lay out fair rules for a just society. It was breathtakingly ambitious, says Audard: “He asked: ‘what was a reasonable view of justice that a wide consensus could agree on’. And he did something that was absolutely new. He linked the idea that you would fight for the rule of law for democratic institutions to a simultaneous battle against poverty and inequality. Going beyond Rawls, in an attempt to change the world, might just be the political and philosophical challenge of the age.
Following the financial crash, further culture wars ignited, dividing liberal cities from socially conservative hinterlands amid a resurgent nationalism. A new focus on systemic racism led to the formation of movements such as Black Lives Matter. There is now a palpable crisis of faith in the possibility of the kind of consensus that Rawls hoped to philosophically ground. What was it that A Theory of Justice didn’t foresee, or value enough, or understand? 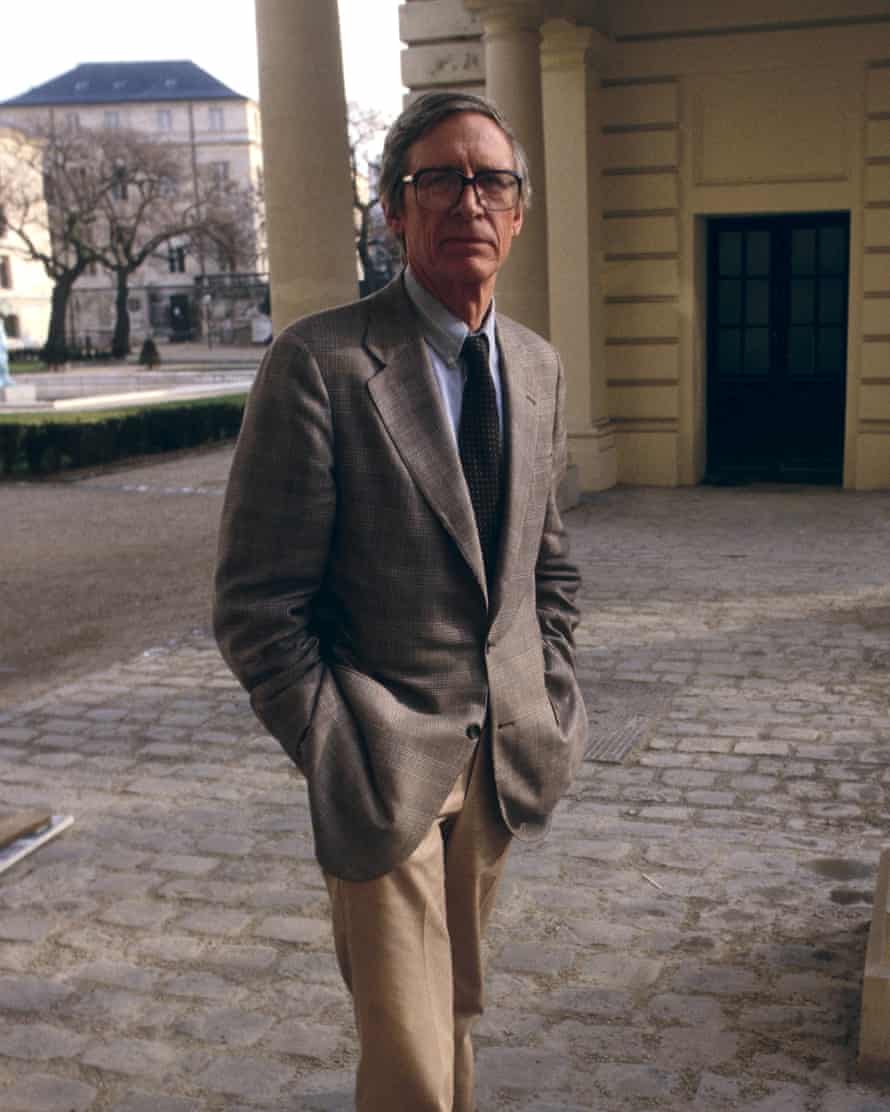 Passing judgment from behind this “veil of ignorance”, he believed, people would adopt two main principles. First, there should be extensive and equal basic liberties. Second, resulting social and economic inequalities should be managed to “the greatest benefit of the disadvantaged”. Inequality could only be justified to the extent it provided material benefit to the least well-off. This template, hoped Rawls, would make intuitive sense to everyone who imagined themselves into the “original position”.

As a young professor, Sandel got to know Rawls at Harvard in the 1980s. “He systematised and articulated a generous vision of a liberal welfare state, a vision that reflected the idealism of liberal and progressive politics as it emerged from the 1960s. The greatest philosophical works express the spirit of their age and this was true of A Theory of Justice.”
In an age of polarisation, the exchange encapsulated a central question for the liberal left in America and beyond. Jagged faultlines have disfigured the public square during a period in which issues of race, gender, class and nationhood have divided societies. So was Bruenig right? To rebuild trust and a sense of common purpose, can we learn something by revisiting the most influential postwar philosopher in the English-speaking world?
Fifty years is a long time to stay talked about and relevant. Although he became a critic of Rawls, Sandel remains most of all an admirer: “He remains an inspiration to those of us who believe that it is possible to reason together about the meaning of justice and the common good, at a time when we seem to despair of the possibility of doing so.” The spirit of his work is summed up in the injunction that we should “agree to share one another’s fate”. This, says Sandel, “is an enduring moral argument against inequality. And a reminder that the world is not necessarily the way it has to be.”
The vision of fairness in A Theory of Justice aspired to what Rawls called “the perspective of eternity”. But it was also a book of its time. Twenty years or so in the making, its preoccupations were formed first by the author’s youthful encounter with the horrors of totalitarianism, world war, the Holocaust and Hiroshima.
It was a vision that set the parameters of western liberalism in subsequent decades. “The book stands out as one of the great achievements of 20th-century Anglo-American political philosophy,” says Michael Sandel, arguably Rawls’s successor as the world’s most famous public philosopher.
As journalists and staff argued online, a prominent columnist, the investigation reported “uploaded a PDF of John Rawls’s treatise on public reason, in an attempt to elevate the discussion”. Rawls, who died in 2002, remains the most celebrated philosopher of the basic principles of Anglo-American liberalism. These were laid out in his seminal text, A Theory of Justice, published in 1971. The columnist, Elizabeth Bruenig, suggested to colleagues: “What we’re having is really a philosophical conversation and it concerns the unfinished business of liberalism. I think all human beings are born philosophers, that is, that we all have an innate desire to understand what our world means and what we owe to one another and how to live good lives.” One respondent wrote back witheringly: “Philosophy schmosiphy. We’re at a barricades moment in our history. You decide: which side are you on?”
Audard agrees that the book’s abstract methodology was problematic. “A philosopher colleague once said to me that A Theory of Justice looks at issues as if they’re being debated in a Harvard senior common room,” she says. “It’s true that Rawls was too trusting in the US constitution and not aware enough of the dark side of politics and power. He did not take on board the depth of social passions, interests and conflicts.” 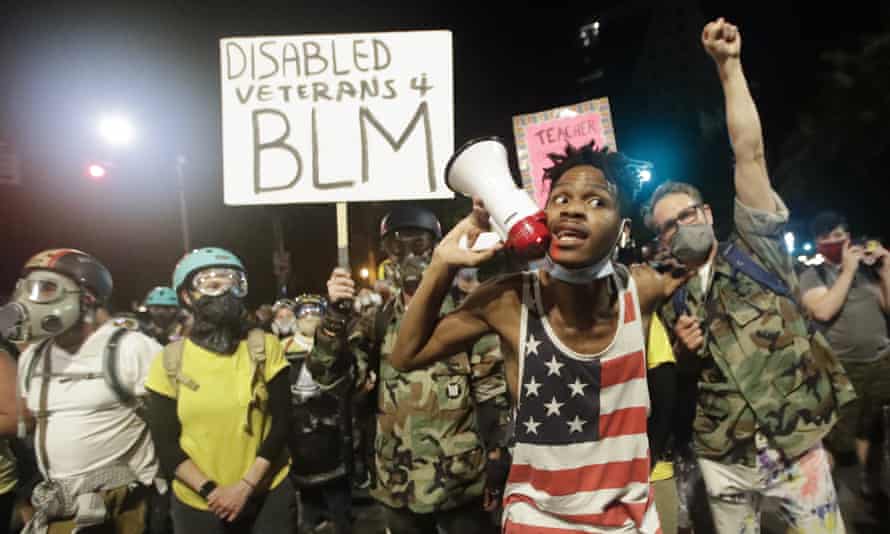 The means by which Rawls pulled off his ingenious synthesis was a thought-experiment which he called the “original position”. Imagine, he suggested, if a society gathered to debate the principles of justice in a kind of town hall meeting, but no one knew anything about themselves. “No one knows his place in society,” wrote Rawls, “his class position or social status, nor does anyone know his fortune in the distribution of natural assets and abilities, his intelligence, strength, and the like.”
“The liberalism of abstractions and neutrality fails to provide a compelling account of what holds societies together. The political arena is messier and less decorous than the court, which deals with abstract principles. But it’s ultimately a better way to genuine pluralism and mutual respect,” Sandel says.
In divided times though, Sandel believes that liberal neutrality is not enough. The ideal of social solidarity and consensus, to which Rawls devoted his life’s work, can only be realised by a practical and plural politics which engages with real people, with all their varied histories and disagreements.
“So on the one hand you have political liberalism – defence of the rule of law, formal rights and so on. And on the other hand you had social liberalism, which was concerned with questions of equality, inclusion and social justice. To unite the two in this way was revolutionary for liberals at the time.”
Rawls’s philosophical aim was to offer a justification for a generous welfare state,” says Sandel, who is a sympathetic critic of his former colleague. “This was based not on invoking communal ties or allegiances, but on an individualistic thought-experiment involving rational choice. The starting point of the argument was individualism – the idea that if you set aside for the moment all your particular aims and attachments, you would, on reflection, prudentially choose principles of justice that would care for the least well-off.”
It was a strategy based on achieving consensus through a kind of neutrality. Interests, along with particular values, perspectives and histories, were put to one side in the original position. Judges and politicians would act according to the principles established in that rarefied atmosphere. The problem raised by Rawls’s critics is that, bluntly, in real life people don’t act or think like that. From the right, opponents contested Rawls’s prioritisation of the less well-off. Why should life’s “strivers” only gain the rewards they merited, if the least well-off benefited too? On the left, Rawls was accused of failing to recognise that vested interests and big finance use their power to bend modern democracies according to their will. In a major study of Rawls published last year, another Harvard academic, Katrina Forrester, writes that he “assumed an incremental path toward… a constitutionalist, consensual ideal”. That vision didn’t think hard enough, she suggests, about the basis and persistence of exclusions based on race, class or gender. In America, it treated, for example, “the history of black chattel slavery as a unique original sin or a contingent aberration”.
In the extraordinary aftermath of the American presidential election, as Donald Trump set about de-legitimising the country’s democratic process in order to stay in power, a timely investigation was published in a New York-based cultural magazine.
The piece examined the angry internal battles that broke out at the New York Times as the paper grappled with how to cover the upheaval that accompanied Trump’s uniquely divisive presidency. Confronted with a leader who delights in flouting democratic norms and attacking minorities, was it the duty of this bastion of American liberalism to remain above the fray and give house-room to a wide range of views? Or should it play a partisan role in defence of the values under attack?
Rawls fought in the Pacific and lost his religious convictions as he lived through one of the darkest ages of human experience. By developing a comprehensive philosophy of a free, fair society, he hoped to promote a secular faith in human co-operation. As Catherine Audard, a biographer of Rawls and the chair of the Forum for European Philosophy, puts it: “His ambition was to find a language or argument that would convey concern for minorities, after the way human beings had been treated in the war and of course the Holocaust.”
In a couple of weeks time, it will be 50 years since A Theory of Justice was published. Written during the Vietnam war, it became an unlikely success, selling more than 300,000 copies in the US alone. In the philosophical pantheon, it put Rawls up there with JS Mill and John Locke. In 1989, copies were waved by protesting Chinese students in Tiananamen Square. Passages have been cited in US supreme court judgments. Next year, eminent political philosophers from around the world will congregate in the United States to celebrate the golden anniversary of the book’s publication and discuss its “enduring impact”. Half a century on, it seems that Rawls’s magnum opus is once again making the weather in discussions about the fair society. 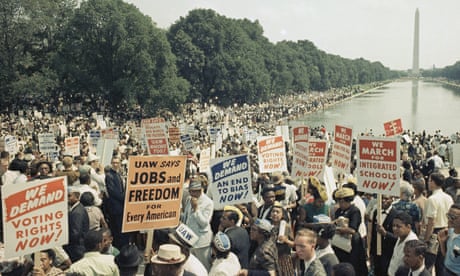