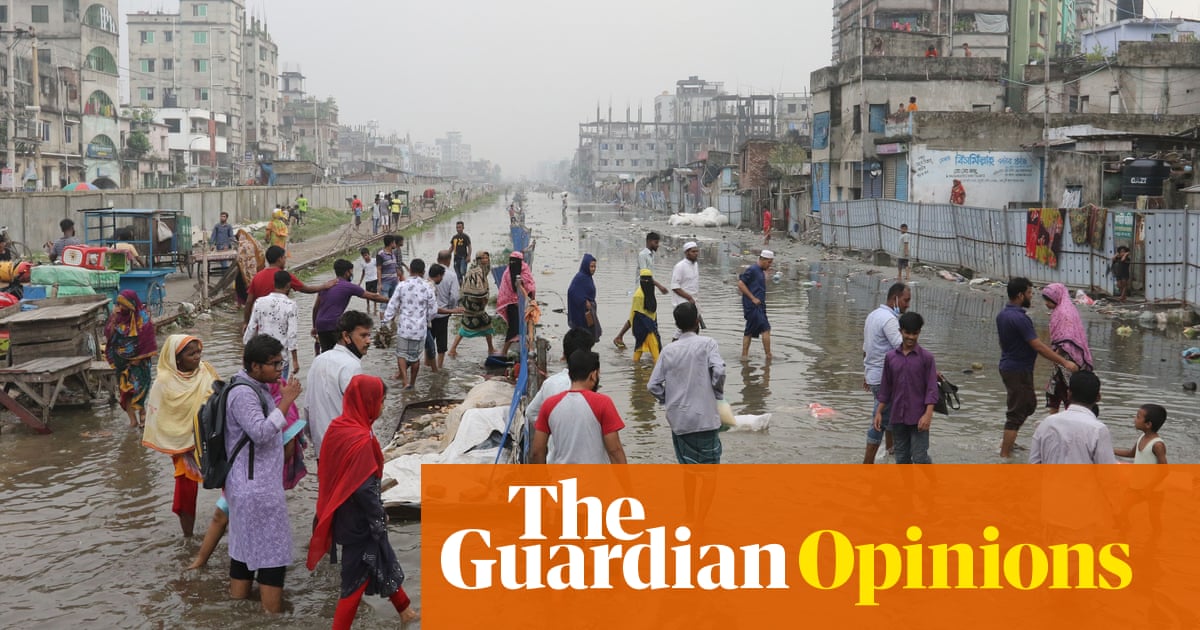 “I won’t make a difference.”
“It’s the government’s problem.” “I’ve got enough to do already!”
Then they come out, the reasons for apathy. We’ve all heard them. We’ve probably all said some of them. But do they really excuse us?
This is the so-called economic argument against mitigating climate change: that it’s cheaper to adjust to a hotter planet. Even if this were factually unassailable (spoiler alert: it’s not), it would be morally flawed. It relies on what philosophers call utilitarianism – the view that we should maximise overall welfare (often, in practice, overall money) even if some people suffer desperately along the way. That’s in direct contradiction to the most basic intuition of commonsense morality. It disregards human rights.
Climate change is terrifying, so why don’t we do more to stop it? Read any headline on the climate crisis, and it seems unbelievable that we’re not all chaining ourselves to the headquarters of oil and gas companies, or at least hammering on MPs’ office doors. But we’re not. “Of course, I care about climate change,” we say. “But … ”
It’s not. This is already happening: in wildfires, storms and floods in Europe, Australia, the US and the UK, and in decades of devastation in the global south. The victims of climate change include future generations, but they also include the 11-year-old in Bangladesh whose friend drowned, the New Orleans family who lost everything in Hurricane Katrina and the girl forced into child marriage because her parents can no longer feed her.

Even if we swallowed this pill, it takes another questionable assumption to make the anti-mitigation sums add up. These economic arguments, says the philosopher Simon Caney, assume that future people’s pain, even their deaths, count for less in the cost-benefit calculations if these are further in the future. That isn’t standard economic discounting; it’s discounting the lives of our descendants.
Even if this were “just” about future generations, they matter too. Because they are our children and grandchildren, and because they are people. Take the least controversial moral rule you’re likely to find: don’t seriously harm other people. Suppose, says the philosopher Henry Shue, you plant a landmine on a busy path. That’s wrong if it will explode tomorrow. It’s still wrong if it won’t go off for another 150 years. Climate change is that landmine – and a whole lot more of them.
“Lying in front of lorries isn’t my thing.”
This one is the flipside to “it’s all the government’s fault”: putting it all on individuals. That’s inefficient, unfair, and doesn’t work anyway. Going car-free is harder without a good public transport system; leaving mitigation to individuals means putting all the burden on those who happen to make the effort. And individual carbon-cutting, although important, isn’t enough. It won’t avert this catastrophe without governments on board or fossil fuel giants being held accountable. Faced with institutional failure, we shouldn’t feel powerless, but we should all be climate activists, using our own actions to bring about change from above.
Climate change is a catastrophic failure by governments. But we are voters, and governments act on our behalf. Many of us are drivers, flyers, meat-eaters. Morally speaking, we can share responsibility for harms we are part of or those we fail to prevent between us. I’m not saying you (or I) should feel guilty about this unfolding global disaster, but we should feel ashamed. We should act.
“I’m already vegan and don’t fly.”
But we could. And that should matter to each of us. Philosophers explain this in various ways. Sure, some say, it probably won’t change the world if you turn up to a protest or ditch your car. But you might be a trigger, making the protest big enough for politicians to listen, saving untold lives. In any case, you would have helped – by being part of the group who made a difference. And what’s the alternative? Sitting on the sidelines, while others right this collective wrong? That’s not fair on them.
So don’t do that! But perhaps look past the optics that make you uncomfortable and ask yourself why anyone would feel desperate enough to glue themselves to a road. It’s not because they enjoy it. Then ask what it is that you will do. Write to your MP? Wave banners outside parliament? Demand that your bank or pension fund divest from fossil fuels? Donate to climate justice NGOs? Progress takes a combination of tactics, from lobbying politicians to civil disobedience. Do what you’re good at, as part of a bigger picture.
Let’s look at some of them, starting with: “It’s so far in the future.”
“It’s too expensive!”
I get this. I really do. But climate justice isn’t some esoteric goal. It’s about living in a way that doesn’t kill people: doesn’t drown them, burn their homes or give them malaria. So how much money or time or emotional effort should each of us put in for this basic collective morality? I don’t have a final answer because the ethical debate is continuing. But I have an answer that will do for now, for those living comfortably in rich countries. However much we should do to avert this tragedy, it’s more than most of us do now. 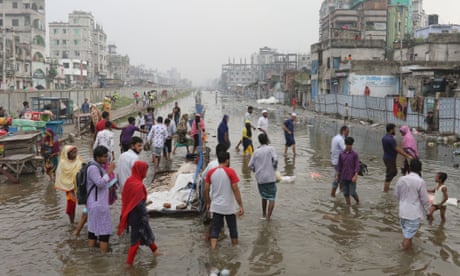