For this reason, consent is important. Because whatever we do involves risks, getting vaccinated or risking getting COVID, it is preferable to consent to the particular risks for yourself, rather than have others impose them.
Most people believe that restrictions of liberty, like vaccine passports, have to be universally applied or they are discriminatory. That’s wrong. Selective restriction of liberty can be justified for certain groups. This is what happens when we quarantine travellers because they are at increased risk of infecting others.
How much risk we should tolerate and what level of coercion is justified depends on the safety and efficacy of the vaccines, the reduction in transmission, the gravity of the public health problem, the effectiveness of less liberty restricting measures, the costs of coercion and ultimately, the value of health and liberty.
Restricting people’s liberty, for example by vaccine passports, can be ethically justified in certain circumstances – but we need good evidence to justify them. Under conditions of lockdown, they can be a human rights issue.
Consent 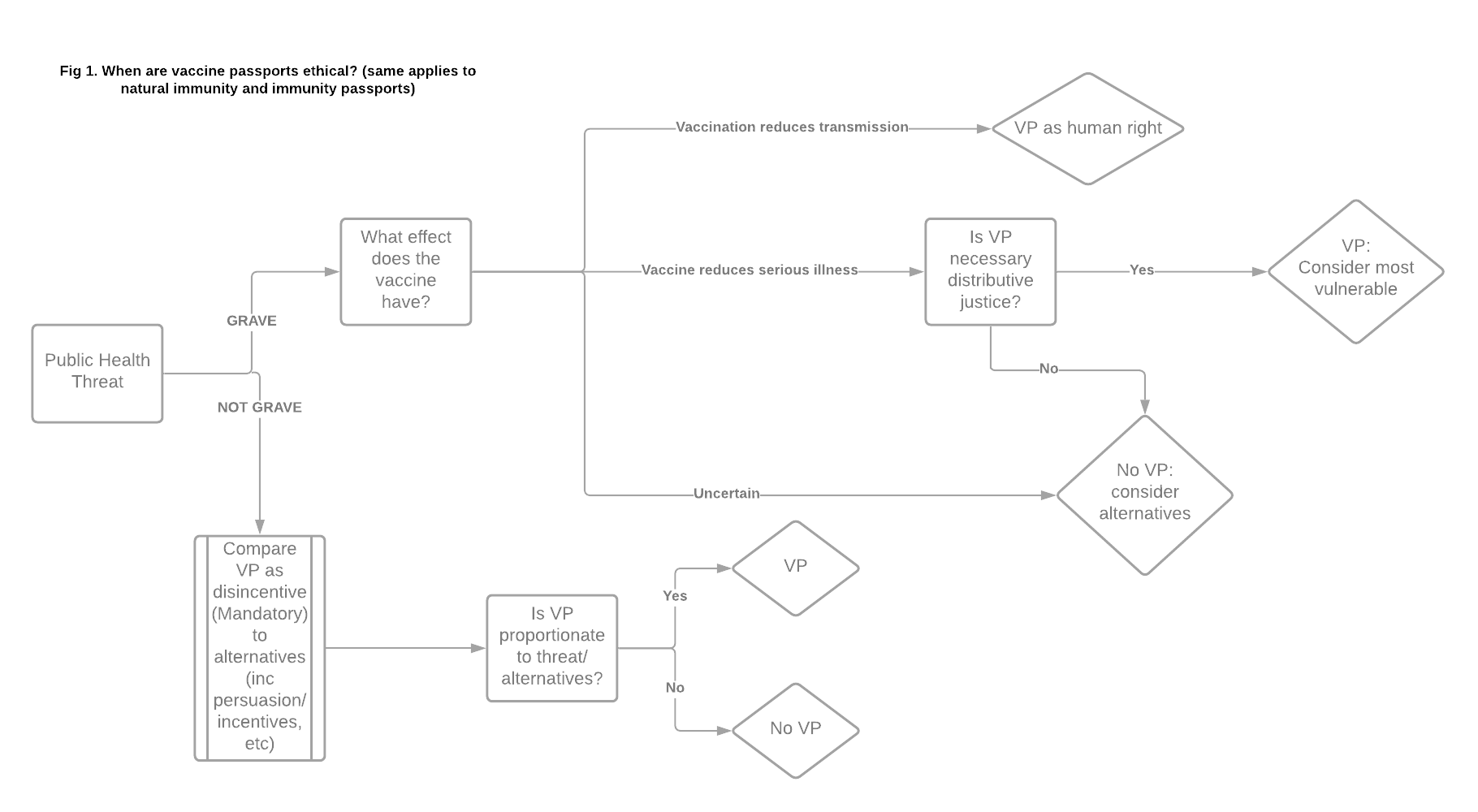