Proponents of the Rwanda policy could try to defend it on deontological grounds by arguing that being sent to Rwanda is a justifiable punishment for blameworthy action. This defense is difficult to maintain, however, because the majority of asylum seekers arriving by undocumented boat to request asylum can hardly be said to have done something blameworthy. Even if there was something blameworthy about lodging an appeal for asylum in an irregular way, i.e. after arriving by small boat, it seems a disproportionate punishment to send them on a one-way trip to Rwanda without considering their case. Much more serious offences are dealt with in more lenient ways.
Of course, it seems that the government rejects a deontological approach to morality and takes a consequentialist one (or at least a pluralist approach where consequentialis 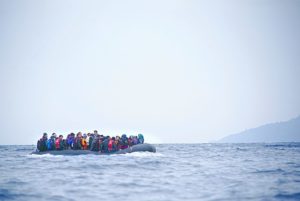 t considerations can outweigh deontological ones). This can ground the view that it is morally permissible to use people as a means when the ends are sufficiently good. So, although sending asylum seekers to Rwanda clearly violates their autonomy, undermines their wellbeing (compared to being allowed to live in the UK), and disproportionately punishes them (if they are indeed blameworthy in any sense), one might argue that it is worth the cost to prevent asylum seekers drowning in the English Channel. 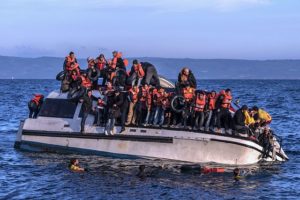 In any case, the efficacy of the Rwanda policy is academic for our moral assessment because its main problem is that there are clearly other policies that could achieve better consequences. One obvious policy would be to provide a safe and efficient system on the continent that would allow people to claim asylum in the UK, e.g. through existing embassies and consulates. This would have a much higher chance of stopping the boat crossings because it would satisfy asylum seekers’ desires to have their case heard in the UK without the risk of the boat trip. The UK would still retain the right to refuse asylum cases on the usual grounds. Those who have their cases rejected might then try to make the boat crossing but the incentive has greatly decreased if they know that their cases has already been considered and refused.
One obvious deontological objection to the morality of the Rwanda policy is that it aims to treat those who have arrived by boat badly enough to send an effective deterrent. It thereby intentionally treats the people it sends to Rwanda as a means to an end and this is always wrong.
The UK tax payer would face some increased costs to process these asylum applications and provide support to newly accepted refugees, but clearly the benefit to these asylum seekers of finally having a stable base to pursue their lives would outweigh the relatively inconsequential costs to each taxpayer. Indeed, if the UK government was genuinely motivated by consequentialist principles, they would provide much more money to support disadvantaged people worldwide.
So, however you cut it, the Rwanda policy is immoral on deontological and consequentialist grounds. Even if there had been a tenuous consequentialist justification based on an extremely optimistic view of how effective the Rwanda policy would be, a government that was genuinely interested in acting morally should pursue policies that have broader grounds of moral justification.
Written by Doug McConnell
Would stopping boat crossings be better than the status quo in consequentialist terms? If nobody crossed on boats, there would still be the same number of asylum seekers but they would all be on the continent, so that aspect of the problem remains untouched; however, going on 2021 numbers, we would avoid ~40 drownings at sea each year while frustrating the desires of ~28 000 asylum seekers who want to take a boat over the channel to seek asylum in the UK. Let’s grant that it is worth frustrating these 28 000 desires to save 40 lives.
The government has recently claimed that their policy to send asylum seekers on a one-way trip to Rwanda as part of the UK-Rwanda Migration and Economic Development Partnership is “completely moral” and responds to an “urgent moral imperative”. The justification for these claims is that the policy will act as a “very considerable deterrent” to asylum seekers and break the business model of people smugglers who put asylum seekers at risk of drowning in the English Channel. Needless to say, these claims about the morality of the Rwanda policy are highly contested. Here, I assess whether they stand up to even the most charitable assessment.
The next question is how effective the Rwanda policy would be in achieving that outcome. How many people will need to be sent to Rwanda against their will for every drowning at sea prevented? The government hasn’t done any modelling to estimate what effect the policy might have on asylum claims in the UK, so they are just hoping it will be effective. Unless a fairly high proportion of the 28 000 are sent to Rwanda, it seems unlikely to act as an effective deterrent because people will just hope that they will be one of the one’s not sent. They’re already prepared to accept the risk of drowning. Presumably thousands would need to be sent to Rwanda to act as a proper deterrent (though if the deterrent worked then the numbers sent will decrease over time). We should bear in mind that even if the policy is effective, the benefit in lives saved will be significantly offset by the presumably thousands of asylum seekers who are left unable to seek asylum in the UK and have to start a new life in Rwanda where they have no connections.
Some might say that, for an action to be justified in consequentialist terms, it should maximize good outcomes e.g. utility, pleasure, or desire satisfaction. This maximizing requirement, however, is generally thought to be overly demanding, so let’s lower the bar and say that a consequentialist justification of the Rwanda policy would require it to generate better outcomes than feasible alternative policies, including the most clearly feasible policy – the status quo.
At this point the government might object that they aren’t pure consequentialists and the more extreme demands of consequentialism should be tempered with deontological considerations of fairness; the UK shouldn’t have to do more than its fair share to help with displaced people. However, the government is already falling well short of what would be considered fair support for refugees. The UK is the sixth richest country in the world but only 0.4% of its population is made up of refugees and asylum seekers compared to, for example, ~20% in Lebanon, 10% in Jordan, 5% in Turkey, 2.2% in Greece, and 1.9% in Germany. Of course, there is more that can be done to support asylum seekers than host them, but hosting them and helping them integrate in society is the most expensive aspect of managing displaced people.  The UK is spending £1.5b per year on its domestic asylum system while Germany is spending over €9b euros  per year. In any case, it would be rank hypocrisy to appeal to fairness while sending asylum seekers to Rwanda, since those individual asylum seekers shouldn’t be expected to do so much to prevent drownings in the Channel.