Corn and mutton are good for increasing human population numbers, though not at all good at helping human individuals thrive. The villages became towns; the towns became cities; the cities streaming into one another and became conurbations. Again, the picture’s not simple: not all early cities were wretched, oppressive places, but most later ones were. Villages, towns and cities were and are the diabolical workshops where most of the systematic dehumanization of the last 10,000 years or so has been carried out.
For my part, I’m keen to hang onto my soul, however strongly Steven Pinker tries to wrench it from me. The existence of a soul is surely the most parsimonious hypothesis for almost all human intuitions, and ignoring intuitions is neither good science nor good ethics.
But that’s not my main point here. The main point is to do with those souls. For (by a tangled and illogical process), it was eventually concluded that there was nothing but matter. (That’s although nobody has the first idea was matter is, and though the conclusion was a merely religious dogma, of the sort the Enlightenment purported to despise). Since (the reasoning went), there is nothing but matter, and souls plainly aren’t material, there are no souls.
But at least – until the 18th century – we were allowed to hang on to our souls, and we let the inhabitants of the non-human world hang onto their souls too. That reduced the damage we did to our self-respect, to one another, and to non-humans. Until the (ironically named) Enlightenment, it had been assumed that all living things had souls. Aristotle had identified three grades of soul: vegetable, animal, and, at the top of the pile, human. His classification had been widely adopted – including by the Abrahamic monotheisms, who saw it as no threat at all to the idea of the Imago Dei. The stratification produced some problems; it meant that animals were less morally significant than humans, for instance, which led to some abuses. But the problems were nothing to the problems of a wholly soulless world. That, to cut a long and complex story short, was the upshot of the Enlightenment.
References
I’ve dealt in detail elsewhere with his arguments about progress, and tried to make the case that the overall trajectory since the appearance of behaviourally modern humans around 45,000 years ago is down – in the direction of increased angst, ontological queasiness and downright danger.3 Of course we’ve accrued some benefits on the way. No, I don’t want to be without modern dentistry or trial by jury. But are we more fulfilled than we were as Upper Palaeolithic hunter-gatherers? Then we saw ourselves as porous creatures – part of the non-human world rather than standing apart from it. That at least was biologically accurate and ethically promising. No doubt there were hierarchies, but they weren’t as inflexible and tyrannical as they later became. We wandered; we related intimately, as for our dinner’s sake we had to, to hundreds or thousands of species. We were superb naturalists. Our worlds were big, complex and joyously entangled. We assumed that everything had agency, and that entailed a rich choreography. We were sacred creatures in a sacramental universe. We thought that our own agency increased after our physical death. If we were savages, the evidence suggests that we were pretty noble examples.
But it sclerosed quickly into a catechism of its own – and particularly in the biological sciences. Now I watch professional biologists trooping cravenly to their labs to spend the day cramming facts into the received paradigms. Question the paradigm – as the true Enlightenment enjoins them to do – and they can wave goodbye to their hopes of tenure.
Living in this way isn’t psychologically healthy for them. Living in their shadow isn’t psychologically healthy for us either. We’d all be much happier if we recovered the adventurous spirit of the Enlightenment, and realised that we live in a world of extraordinary, exhilarating, dignifying mystery. 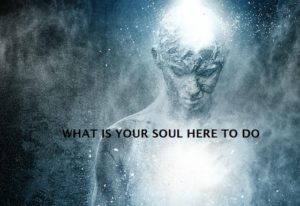 I’m not going to dissect that reasoning here. I am concerned only with its result. Humans were told that they were merely lumps of meat which would soon decompose. They had no significance. Indeed nothing had any significance. For matter didn’t matter. If anyone’s intuitions told them otherwise, the intuitions were childish or pathological delusions. Since nothing had any intrinsic worth, humans were intrinsically worthless. To mourn – let alone to reverence – the dead was sentimental. Grow up: deal with it: you’ll be joining them before too long. Religion? Opium.
He tells me that everything is getting better. Has been getting better since the first eruption of humans into the world.2 That there’s demonstrable progress (towards what, one might ask, if the universe has no purpose? – but I’ll leave that for the moment). That there’s less violence; there are fewer mutilated bodies per capita. He celebrates his enlightenment by mocking my atavism: he notes that the Enlightenment came after the Upper Palaeolithic, and (for the law of progress admits no exceptions) concludes that that means that our Enlightenment age is better than what went before.
That’s where we are. And we wonder why our mental, political and sociological health is so dreadful.
Image: https://the-conscious-mind.com
This reasoning should, if the High Priests of the Enlightenment were consistent, have resulted in a cynical denigration of the arts. Poetry? Bah! – they should have said. Music? Emollient. Story? That’s what you read to children to send them to sleep: you should be awake. The only true stories are the stories of progress – which means the direction of flow compelled by the competition which is the only real motivating force in the biological world. Kindness? That’s weakness. We’ve been allowed, for the moment at least, to keep the arts, but without an assumption that we’re significant, the arts are senseless. You really don’t need Shakespeare or the Mozart Requiem to expound the perceived nuances of human existence: there are no real nuances. We need algorithms, not sonnets. The systematic and catastrophic defunding of the arts and humanities at least has the virtue of being consonant with the bleak landscape of the post- Enlightenment.
But for whatever reason most of our ancestors eventually succumbed. We settled into our villages, cut our corn, raised our animals, shrunk our horizons and our brains, and ploughed furrows which soon become so deep that we’d never escape.
In the Neolithic we stopped moving, and became imprisoned by the walls and fences we had built to keep our domestic animals in and the wild world out. We domesticated ourselves, becoming tame beasts. We acquired new and malevolent hierarchies. Women were suppressed. Wars erupted. Our teeth and our political philosophies rotted.
I can’t avoid Steven Pinker at the moment. He seems to be on every page I read. I hear him all the time, insisting that I’m cosmically insignificant; that my delusional thoughts, my loves, my aspirations, and the B Minor Mass’s effect on me are merely chemical events. I used to have stuck up above my desk (on the principle that you should know your enemy), his declaration (as stridently irrational as the sermon of a Kentucky Young Earth Creationist): ‘A major breakthrough of the Scientific Revolution – perhaps its greatest breakthrough – was to refute the intuition that the Universe is saturated with purpose.’ 1
The Enlightenment didn’t start that way. It needn’t have ended that way. It was supposed to be – and was, at the beginning – a movement of liberating, swashbuckling scepticism. Nothing was constrained by catechism. There was no question that could not be asked. Everything should be examined critically and fearlessly.
That’s a very rough picture. Of course it’s not completely accurate. There were seasonally shifting hierarchies in hunter-gatherer cultures too, but they don’t seem to have been as toxic as they were in sedentary societies. In fact those short annual experiences of hierarchy and its enforcement mechanisms might have been responsible for hunter-gatherers resisting like the plague (another product of sedentism, by the way), the deceptive allure of farming life: a small annual dose of authoritarianism made them immune for a long time to permanently authoritarian sedentary living.4