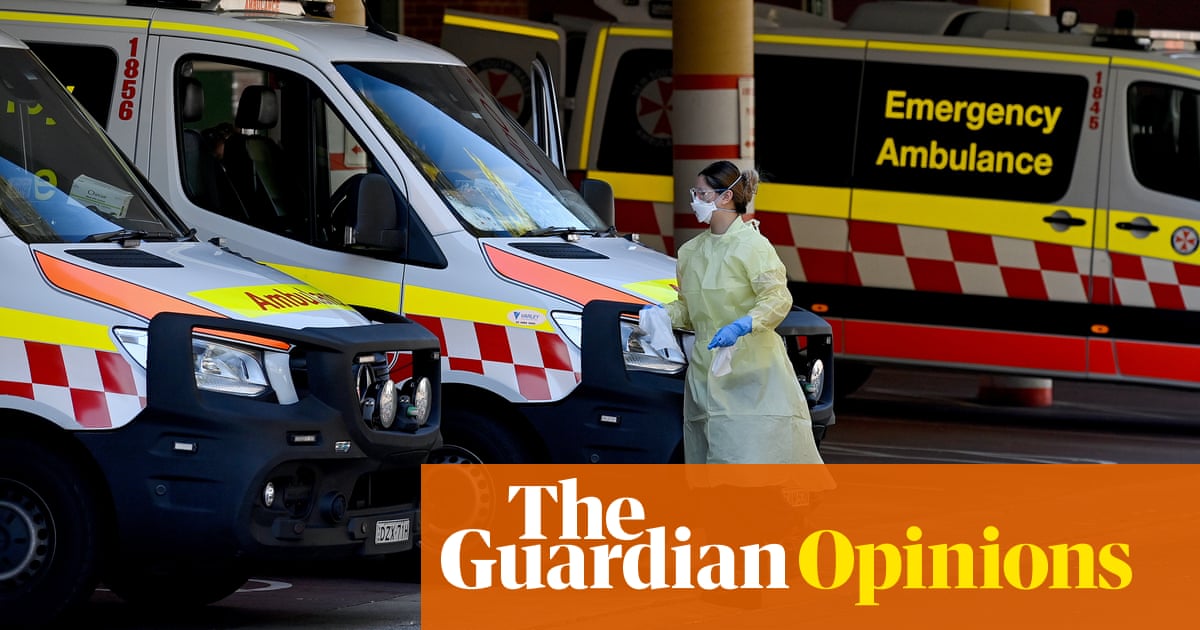 The New South Wales premier Gladys Berejiklian’s clumsy calculation that “death is horrible … ” but there are “8 million citizens who don’t have choice in how they spend their free time”, doesn’t quite capture the gravity of our moment. Nor did her decision to end the accountability of the daily public briefing. Meanwhile, even his biggest supporters would concede that this particular challenge might be beyond our prime minister, whose idea of leadership often seems to be to ensure that responsibility lands with someone else.
In working through the trolley dilemma, questions of inevitability arise. How do we know the five workers can’t be saved before we condemn another soul? An event that is avoided never carries the same gravity: all we see is the body on the tracks. We know lockdowns have a human cost – a reported uptick in suicidal ideation, domestic violence and mental health are stark indicators of the cost. The impact of extended industry lockdowns and economic downturn are even more ephemeral.

The truth is that the pandemic forces us to confront a reality that can’t be spun. It’s easy to say “well, old people die from the flu”, it’s another thing to truly own a decision that has the human consequence of ending a diversity of lives that would have not otherwise been lost.
The scenario, laid down by the philosopher Philippa Foot 50 years ago, posits a tram on a collision course to kill five workers. A bystander can intervene by flicking a lever that would divert the vehicle down an alternative path where only one life would be lost.
In our context, are those who won’t get vaccinated less valuable inputs to our moral calculus? The majority of our respondents support the lifting of restrictions once everyone has had the opportunity to be vaccinated. They also overwhelmingly support the mandating of vaccines in workplaces and public venues. Most pointedly, they also are inclined to agree that vaccinated people should be prioritised over the unvaccinated when it comes to medical attention.
What is also striking in figures this week are the number of people who say their health is deteriorating or they are deferring medical treatment through the pandemic. This is particularly the case among younger people, of whom a majority say their mental health has declined.
According to the Guardian Essential report, the public is struggling to process the ethical implications of this call. Last fortnight we saw the majority of respondents stating tolerance for only a small number deaths as the nation “moves towards freedom”.

Ultimately, opening up must be a collective decision we are all prepared to sign up to so we can support each other and ensure that every single effort is taken to protect the vulnerable among us. The decision to pull the lever is a solemn act, an expression of the sacrifices we are prepared to make for our shared humanity.
In Australia, the crisis support service Lifeline is 13 11 14. In the UK and Ireland, Samaritans can be contacted on 116 123 or email jo@samaritans.org or jo@samaritans.ie. In the US, the National Suicide Prevention Lifeline is at 800-273-8255 or chat for support. You can also text HOME to 741741 to connect with a crisis text line counselor. Other international helplines can be found at www.befrienders.org
This dynamic is in play with pressure to defer lockdowns being lifted until children are given the chance to be vaccinated, something supported by the majority of our respondents. More profoundly, how will we react when, as they inevitably will, children do get infected and die? And what happens when the child transcends from the hypothetical to our own?

Peter Lewis will be discussing the results of this week’s poll results with Guardian Australia political editor Katharine Murphy at 1pm on Tuesday. Free registration here
The point of the trolley dilemma is that there is no correct answer – it is a test of our shared values. Mediating those assumptions into something resembling a community consensus in the real world becomes a profound test of leadership.
When it comes to moral ambiguity, the trolley dilemma sets the litmus test: would you intervene in a chain of events to kill someone to save the lives of many more?
When processing the trolley dilemma, the focus then shifts to who lives and dies. Have the workers been good people? Do they have families? Are they old and have already lived a full life? One variation involves the single person whose life would be sacrificed for the five pushing a pram with a newborn. Does the presence of a child change the equation?
The prime minister’s pathway to reopening when adult vaccination rates hit 70% trades off the wellbeing of the many with the grim reality that some Australians will die, with modelling suggesting a mid-range in the thousands each year.
Foot’s dilemma has been back in vogue informing the design of self-driving vehicles. When a collision is inevitable should the car be programmed to veer from colliding with the many to only a few?
This is reinforced by findings this week that favour a slower reopening or the continuing closure of our international borders. There is no denying these are tough calls, with just one in five Australians prepared to flick the switch hard, one-third refusing to change track and the balance seeking assurances that all risks will be mitigated.
Another standard change up to the trolley dilemma involves dispensing with the lever. Instead, you are on a bridge watching the trolley career towards our five workers. There is an overweight man next to you munching on a cheeseburger, who has ignored all the warning of healthy living to be seemingly on a fast track to early death. Would you (if you physically could) throw him into the path of the trolley to save the many?
Now we are facing a real-life trolley dilemma as our leaders embrace a national plan anchored in modelling that trades off greater freedoms for increased hospitalisations and deaths. 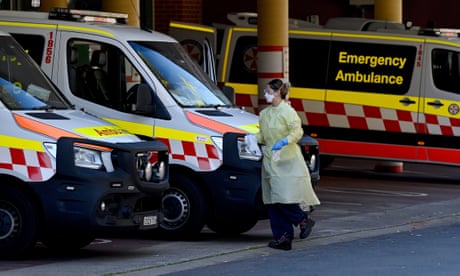