Second, expert experiences might be superior in virtue of being supplemented by expert background information. In this case, experts have a source of mediate justification that novices lack. This case is a bit more challenging to understand.
This is the third in a series of posts about my recently published book, Forming Impressions: Expertise in Perception and Intuition (OUP, 2020).
Imagine the kind of experience you would have looking at a real-world scenario corresponding to the following picture.
Suppose a birdwatcher sees an American Robin and thereby has a visual experience that represents the seen bird as an American Robin but does not do so with presentational phenomenology.
Here is what we might say about the birdwatcher’s experience. It represents (P) with presentational phenomenology. So, it immediately justifies believing (P). It merely represents (R). So, it doesn’t immediately justify believing (R). Still, (R) is a proposition the birdwatcher can judge just by taking their experience at face value. And when they do so their judgment is justified. This is because the birdwatcher’s current experience is shaped by previous experiences that justify background proposition (B). When the birdwatcher judges that the seen bird is an American Robin, their judgment is based in part on their current experience and in part on these past experiences. All together they justify believing (R).

Presentational Conservatism implies that your experience on its own is not enough to justify beliefs about the dog’s middle. If those beliefs are justified, then their justification rests in part factors outside your experience.
(P) That has a broken white eye ring, black head, gray underparts, etc
(B) American Robins have broken white eye rings, black heads, gray underparts, etc.
(R) That is an American Robin
First, expert experience might be superior in virtue of having presentational phenomenology associated with expertise-specific representational content. In this case, experts have a source of immediate justification that novices lack. This is the simplest case to understand. It is like an improvement in acuity.

The Epistemic Significance of Expertise

I’m drawn to Phenomenal Conservatism, but I do not think it is quite right. I believe that it needs to be restricted in a way that yields the view I call Presentational Conservatism: if, and only if, you have an experience that has presentational phenomenology with respect to p, then do you thereby have some prima facie justification for believing that p. 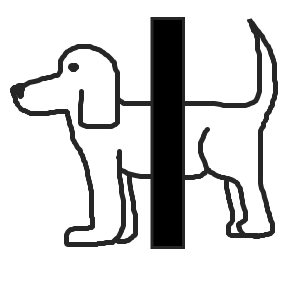 Throughout I make what I call the Phenomenal Grounding assumption: if an experience as of it being the case that p prima facie justifies you in believing that p, then it does so because of its phenomenology. Much of what I say can be adapted to work with epistemologies that reject this assumption (reliabilism), but I proceed on the assumption because it helps streamline the dialectic and allows me to focus on the issues I’m most concerned with.
Second, I am not suggesting that the expert believes (B). Their justification for believing (R) rests in part on past experiences that constitute justification for believing (B). This does not require that they ever formed a justified belief in (B) based on those past experiences. I am committed to a form of historical epistemology on which the epistemic efficacy of past experiences can be preserved via their belief-independent shaping of current experience.

Given Presentational Conservatism, there are two ways that expert experiences might be epistemically superior to novice experiences.
You see a dog; you see its rightward and leftward parts; you do not see its middle, since it is occluded. These facts about what you see are reflected in phenomenology: your experience is as of seeing a dog, seeing its rightward and leftward parts, but not seeing its middle. Though you do not see—and do not have an experience as of seeing—the dog’s middle, you do represent it. Through amodal completion your experience represents the middle as having a certain shape and color.
Consider the following propositions:
As I understand presentational phenomenology, we should say the following. Your experience has presentational phenomenology with respect to propositions about the dog’s rightward and leftward parts, and even with respect to propositions about the whole dog. But it doesn’t have presentational phenomenology with respect to propositions about the dog’s middle. You do represent propositions about the middle as being true, but your experience is not felt as making you aware of the bits of reality they are about.
There are two points about this account that I’d like to emphasize in conclusion.
The Phenomenal Grounding assumption is about what it is in virtue of which experiences justify beliefs when they do so. But it does not tell us when that happens. That is the kind of thesis I develop and defend in Chapter 4. One simple well-known view is Phenomenal Conservatism: if you have an experience as of it being the case that p, then you thereby have some prima facie justification for believing that p.