The first observation is that the explanation does not work if intuitions must result from reflex-like processes that are fast, automatic, effortless, and opaque to introspection. This is the picture of intuition suggested by dual process theories of cognition. In Forming Impressions, I reject this picture in favor of an alternative according to which intuitions are characterized by their phenomenology rather than their etiology.

I’ll conclude this post with two observations about the foregoing explanation. 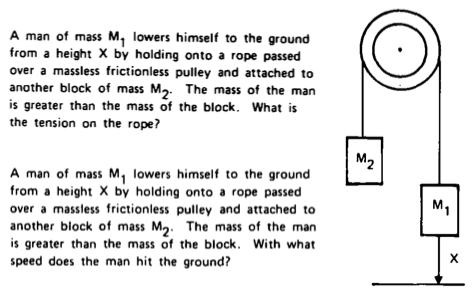 When an expert physicist considers the pictured problems, they have an intellectual experience that represents them as significantly different, despite the same pulley setup. More generally: expert intuition is a capacity that manifests itself in intuition experiences with expertise-specific representational contents.
Suppose on the other hand, a novice and an expert physicist consider the two pulley problems. To the novice they seem similar because they involve pulleys. To the expert they seem different because they should be solved using different physical principles. Now suppose the expert points out the relevant features to the novice. Presumably, after some explanation the two problems will come to seem different to the novice. The agreement in this case, however, is, or at least can be, an agreement in the relevant kind of experience. The novice might come to have an intuition with the same content as the expert’s intuition, but this intuition is the result of expert guidance rather than expertise.
The general idea about perceptual expertise can be put as follows. Novices cannot have perceptual experiences that have the same representational contents as perceptual experiences that are the result of expert perception. 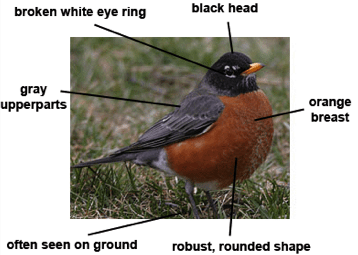 Why Perception and Intuition Differ

Here is a first pass explanation of the difference between expert perception and expert intuition.
Suppose a novice and an expert birdwatcher spot the same bird. To the novice it looks like a bird with an orange breast and gray underparts. To the birdwatcher it looks like an American Robin. Now suppose the expert points out the relevant features of the American Robin to the novice: in addition to the orange breast and gray underparts, the bird’s head is black, there’s a white eye ring, etc. Presumably, the novice will attend to all this when it is pointed out, and on the basis of the features and background information about markings, will agree that the bird is an American Robin. But the agreement is an agreement in judgment. The novice’s visual experience does not come to represent the bird as an American Robin.
In Chapters 2 and 3 of Forming Impressions, I argue that both expert perception and expert intuition manifest themselves in experience.
Perceptual experiences wholly result from modular processing of sensory input. Appropriate training might create new perceptual modules or modify existing perceptual modules, but this takes time. So, expert perceptual experiences deploy specialized attributives (American Robin) that are only acquired with the development of expertise. A novice can think about American Robins, but not perceptually represent something as an American Robin.
The contrasting general idea about expert intuition can be put like this. Novices can have intuitions that have the same representational contents as intuitions that are the result of expert intuition.
The second observation is that the role of the expert in the explanation is important but not necessary. It is possible for a novice to happen into an expert-like intuition. More relevant to what I’ll go on to say about philosophical methodology, it is also possible for thinkers to work their way toward better intuitions about a domain with respect to which no one is assumed to be expert.