[4] Of course, you want to hear more about what counts as an “acceptable determination” of an indeterminate end. So, as an instrumentally rational agent, you should now buy the book; I promise there is more there!
Under ETR, the action itself is supposed to manifest rationality by pursuing sufficient means to an acceptable[4] determination of the end I am pursuing; and given the nature of the principle of instrumental reasoning, an action that pursues an end while undermining another (if I pursue my end of eating delicious apples by crashing my car into an apple tree), I am also manifesting irrationality.
Let us start with a typical preference:  Mary prefers apples over pears. You now give Mary a choice between an apple and a pear. What does she do, assuming she acted rationally? If you answered: “She picks the apple!”, congratulations! Your answer is both (possibly) false and incomplete. Why (possibly) false? Well, what if the apple was rotten and pear seemed passable? Perhaps, you will say that the preference was poorly specified: it should be a preference for fresh apple over pears. But given the non-monotonic nature of practical inference, for any way you’ll specify the preference, I (or someone more creative than me) will find an instance of the options so specified, in which the agent would have the opposite preference. So, the agent might prefer a succulent, ideal pear, over a dry, low quality, fresh apple. Relatedly, your answer is incomplete because you told me nothing about how Mary is actually going to get the apple from me. Even if Mary prefers this specific apple over this specific pear, not all ways of picking it up manifest rational agency. If Mary climbs an electric fence and predictably loses her sense of taste, she did not act rationally. I argue in the book that decision theory has no satisfactory way of moving from the rationality of a choice to the rationality of an action, but a theory of practical rationality should be able to determine whether actions are rational or irrational.
[3] Of course, there are non-orthodox versions of decision theory that allow for preference gaps, imprecise preferences, and so forth. I argue in the book that these solutions don’t address the central problem: decision theory (as a normative theory) starts from the wrong basic attitudes.
Here is a vignette from the book: 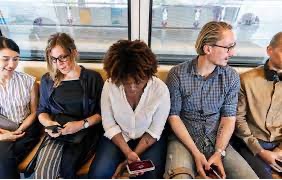 Let us take decision theory, understood as a normative theory of instrumental rationality, as our paradigmatic case of a contemporary theory of instrumental rationality. The focus there is on momentary mental states (utility or preference) that determine a rational choice or decision. Decision theory, understood in this manner,[2] enjoins us to choose the act that maximizes expected utility. So the “output” attitude of the theory (what we yesterday called the “standard exercise”) is also a momentary mental state; namely, a choice (or decision). The notion of pursuing an end is replaced by a comparative, momentary, attitude (preference) and the relation between the decision (the standard exercise of our rational powers) and intentional action is not within the subject matter of the theory.

Ideal rationality is within reach

My view is that decision theory’s ideal is so distant from the reality of human agency because it does not allow for indeterminate and non-comparative attitudes. My ends of discharging my professional duties, reading novels, and enjoying mindless entertainment are neither fully determinate (they do not fully specify what counts, for instance, as an “acceptable” realization of reading novels) nor do they fully determine a preference ordering between various ways of realizing them (is a life with reading 3182 novels and barely discharging my professional duties better than one in which I read 3181 novels and do slightly more professionally?). Moreover, decision theory’s restriction on the nature of what we care about or pursue violates what I call “The Toleration Constraint”: theories of instrumental rationality should not prescribe what agents should pursue or care about, but only the efficient and coherent pursuit of what they care about.[3]
The Extended Theory of Rationality (ETR) I propose is a version of a classical conception. In this blog post, I want to focus on the advantages of classical conceptions (in particular, ETR)over contemporary conceptions (in particular, decision theory) while sweeping any disadvantages under the rug (we’ll peek under the rug later).
On this conception, the principle connects temporally extended actions to temporally extended actions. That is to say, an instrumentally rational derivation always connects something one is doing to something else one is doing: 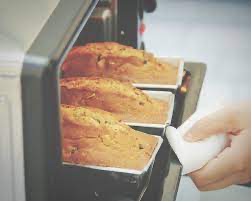 Rationality goes all the way to action

Neither time-slice nor diachronic rationality but genuinely extended rationality

[1] For a more precise formulation with subscripts and all, see page 44 of the book.
Given the nature of the attitudes at the center of contemporary theories, we evaluate the rationality of an agent at a specific point in time. If the only attitudes relevant to the evaluation of actions are the ones the agent has at the time of the action, we have a time-slice theory of rationality. Now, not all philosophers in this tradition accept time-slice rationality. Philosophers like Michael Bratman, David Gauthier, Edward McClennen, and Sarah Paul try to account for the rationality of choice over time by arguing that the rationality of the agent at a particular point in time might depend on their past actions and attitudes; in other words, they allow for diachronic rationality. But on ETR, the central attitudes are themselves extended; if I was writing a book between 2010 and 2020, whether I pursued this end rationally depends on what I was doing throughout this entire period. This is obviously not a form of time-slice rationality, but neither is it an endorsement of diachronic rationality, at least if such endorsement implies that the rationality of an attitude at a time depends on the agent’s attitudes at times prior to (the onset of) this attitude.

[2] No more “understood in this manner” from now on; we are only interested in decision theory as a normative theory of instrumental rationality. I also will try not to repeat too much these caveats, but once again I am ignoring some complications here.
I am making the batter (pursuing the end of batter making)
for the sake of 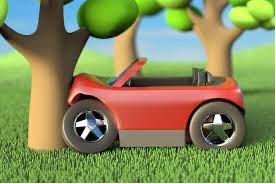