I can now give the first outline of ETR. According to ETR, both the basic given attitudes and the attitudes that constitute that standard exercises of practical reason are intentional actions. Its sole principle of derivation is a version of the Principle of Instrumental Reasoning and the only principle of coherence (that I argue follows from the principle of derivation) is a prohibition on engaging in the pursuit of incompatible ends. But are intentional actions even attitudes? How can they serve these functions? What not stay safely within the narrow confines of our mind; why go all the way into the scary external world (there’s a pandemic out there!)? And why is there anything rather than nothing? Among the most popular candidates for being basic given attitudes are: intentions, desires, and preferences. So, for instance, for a theory of instrumental rationality based on decision theory,[3] the basic given attitudes are preferences. An isolated preference, say, for pushpin over poetry, is neither rational nor irrational (although, of course, it might be a member of an incoherent set of preferences).
Well, you will need to come back here tomorrow (and the rest of the week) for the answers to these questions (I might not have enough space to cover the last question). But I would hate to keep you totally in suspense for too long. So I can at least tell that you nothing short of having intentional actions as our basic given attitudes can provide a proper theory of instrumental rationality for extended agency (that is, agency through time) in which the agent pursues indeterminate ends (that is, ends such that not all the relevant aspects of the end are specified in advance). So, when I am writing a book, I am engaged in a pursuit that takes time and whose goal is not fully specified (how good does it book need to be? How long? When does it need to be done?). But how common are those ends? Do we really need a theory of instrumental rationality? Well, they are very common. Very, very common. My view is that these are the only ends we have. Examine your life and actions, and you’ll find nothing but the pursuit of indeterminate ends in temporally extended action.
There is much to quibble with in this quickly-sketched outline of a theory of practical rationality, and, as will become clear over the next few days, I myself find it too narrow. But let me bring to two points to your attention, while I let another one sneak in without you noticing.[1]
[3] In these blog posts, I often ignoring many complications in what I say about decision theory. I am happy to talk more about it in the comments. 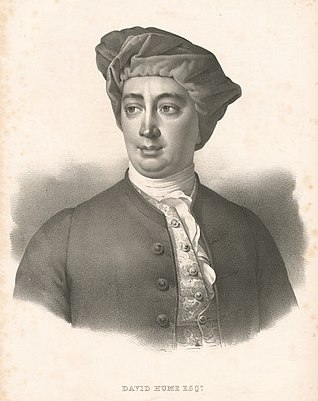 In a nutshell, the theory I propose, The Extended Theory of Rationality (or ETR for short) takes intentional action to be the primary category of the theory (it’s an “action first” theory, somewhat akin to “knowledge first” theories in epistemology). This is a departure from the dominant approach of assigning that primary role to momentary mental states. Changing the focus of the theory in this way turns out to have major implications (or so I would like to think, given my penchant for impact).

So, if the basic attitudes are the “inputs”, the standard exercises are the attitudes that serve as the outputs of practical reasoning. The chapter in which Hume famously defends the view that reason is the slave of passions is, “Of the influencing motives of the will”. Reason’s forced labour is at the service of directing the will, and thus the standard exercises of instrumental rationality on this view are “willings”. On a possible interpretation of decision theory, choice is the standard exercise of instrumental rationality; a rational agent chooses the option that maximizes utility. Other common candidates are intentions and decisions.
[2] Everything I say here about Hume is a controversial, but recognizable interpretation of the view. I don’t believe myself that Hume holds all the views I’m attributing to him here.
An ideally rational agent efficiently pursues a conception of the good life, a conception that is warranted in light of their knowledge. The theory of substantive practical rationality investigates the principles that guide a rational agent in choosing their conception of a good life, and the theory of instrumental rationality investigates the principles that guide a rational agent in the efficient pursuit of this conception of the good life. 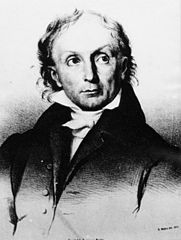 Principles of Derivation and Coherence: A rational agent moves from basic attitudes to the standard exercises guided by certain rational principles. These will be the principles of derivation. Moreover, even if the theory does not put restrictions on the content of isolated basic given attitudes, it might rule out certain combinations of these attitudes. These are the principles of coherence. Means-ends coherence, the axioms of rational choice, principles of intention stability, all count as possible principles of this kind.
[1] No, I won’t tell you that it relates to the knowledge clause.
First, a theory of rationality so understood focuses on rational principles that guide agents (insofar as they act rationally), rather than on principles that merely evaluate agents, or principles that keep score on how agents are doing relative to a certain standard. In my preferred language, the theory describes the nature of (part of) the agent’s rational powers or capacities. Second, a theory of instrumental rationality does not aim to be a full theory of practical rationality, as it leaves questions about the rationality of our basic ends or preferences untouched. It might be stupid, irrational, or ill-advised that I am intent on erecting a monument to Jakob Fries in my backyard, but this is no concern of the theory of instrumental rationality. Our theory concerns itself only with whether I am doing it coherently and efficiently.